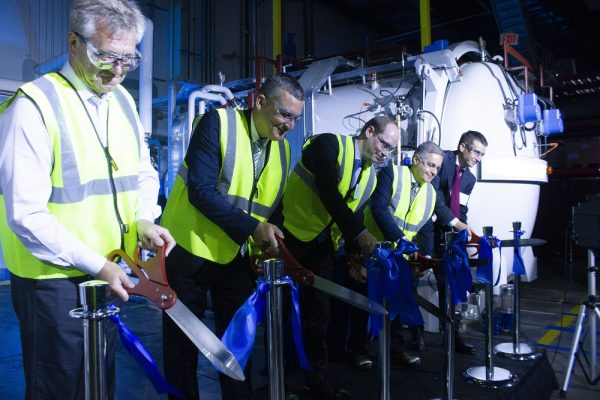 A ribbon-cutting ceremony was held June 11 on the factory floor at 5400 International Trade Drive for the company’s new production line for brazed plate heat exchangers. Despite the recent ceremony, the new line began operating commercially since March.

Brazed plate heat exchangers are nothing new for Alfa Laval, but they are new to being produced by the company in the U.S. Founded in Sweden in 1883, Alfa Laval opened up operations in the U.S. soon after with a factory in New York by 1885. At the time, the company produced only milk cream separators and the U.S. was rich in dairies. In the 1930s, the company expanded its product line to heat transfer technologies, and in 1990 it opened its heat transfer production center in Richmond. 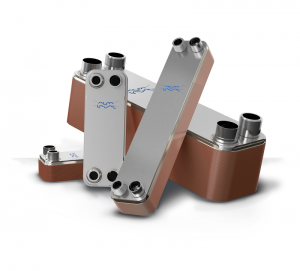 Brazed plate heat exchangers allow for the heating or cooling of liquids at high pressure.

This new production capability expands on the line of gasketed plate heat exchangers produced in the Richmond facility, adding the “brazed” variety — a more compact variety that can be used under greater pressures — into the production mix.

Dubbed BHE Manufacturing, the new line is housed in the same factory, in an area that was once mostly used for storage, after a reconfiguration of the floor plan. It takes up about one-quarter of the factory floor, which itself takes up most of the space of the 180,250-square-foot Alfa Laval production building.

“It’s a part of our ‘closer to you strategy,’” he said. “What we make here only goes to North American markets.”

Before the new production line in Richmond, all Alfa Laval brazed plate heat exchangers sold in the U.S. had to be produced in Sweden, China and Italy, then shipped to a warehouse in Indiana, before finally being sent to consumers. The process would take weeks, and often buyers didn’t have that long to wait and would order from somewhere else, Bjornsson said.

“To grow and be more competitive, we needed to be more flexible,” he said. 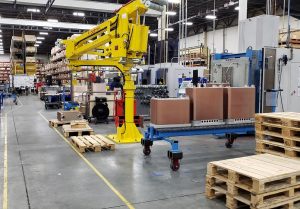 Flexibility is stressed, not just by being able to get to consumers faster, but also in processing custom orders.

“They are all built to order and configured to order,” Bjornsson said.

BHE Manufacturing allows construction from very small heat exchangers to very large ones, all at the same time, rather than needing separate facilities for varying sizes.

So far, about 500 brazed plate heat exchangers have been produced at the Richmond-area facility since powering on in March, according to Chip Bresette, vice president for communications for Alfa Laval.

The facility is capable of producing much more though, Bjornsson said.

According to Alfa Laval, 15 people have been hired to work the new production line, a combination of fresh hires and transfers from other departments, and the number may increase as orders increase, although the factory also hopes to increase automation at the same time.