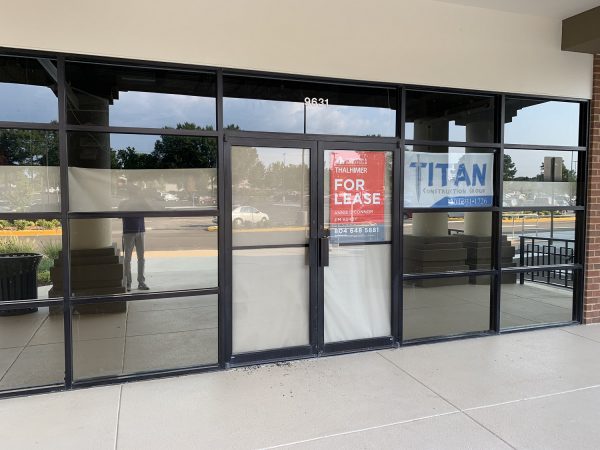 The family behind a Hanover pizza buffet is preparing to roll out a new-to-market restaurant chain in the suburbs.

Tim Collins, along with his wife Kim and father Rick, is preparing to open two Chicken Salad Chick locations: one in the Publix-anchored Westpark Shopping Center at 9669 W. Broad St. in Henrico, and the other Brandy Creek Commons retail plaza at 6595 Mechanicsville Turnpike in Mechanicsville.

The 84-seat, 2,600-square-foot Westpark restaurant is scheduled to open in October, Rick said. The Mechanicsville location, which will feature a drive-thru along with dine-in seating, is set to open around February 2020.

Each location will staff about 50 to 55 people, Tim said.

Ashland-based Titan Construction Group has been tapped to build out the Henrico restaurant.

Jim Ashby IV, a broker with Cushman & Wakefield | Thalhimer, represented the Collinses during the Westpark and Brandy Creek Commons leases, and is working with them to secure other locations across the metro area.

“We think the market can handle about four locations,” Rick said of Richmond. “We’ve looked at the Midlothian area and some other places on the Southside.”

Based in Auburn, Alabama, Chicken Salad Chick was founded in 2008 by Stacy Brown, and her late husband Kevin, out of the couple’s home kitchen in the south Alabama college town. Stacy sold her chicken salad concoctions door to door, gaining a cult-like following for several of her recipes. 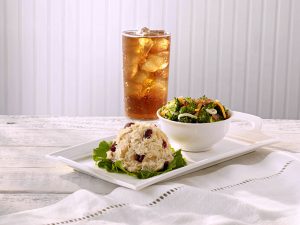 The couple would open a to-go brick-and-mortar location a few years later, before launching dine-in restaurants through franchisees across the Southeast and mid-South.

It has quickly become one of the fastest-growing restaurant chains in the nation and is on track to open 20 new restaurants in the coming months, said company spokeswoman Allison Bradford. That will bring its total national count to around 150.

Its pending Westpark and Brandy Creek Commons locations in metro Richmond would be the company’s first establishments in Virginia. The chain plans to grow across the state.

The menu includes 12 chicken salad options, ranging from traditional versions to more creative, savory takes, such as its “Lauryn’s Lemon Basil” chicken salad with chopped pecans, fresh basil and lemon, and the “Sassy Scotty” chicken salad that’s made with a blend of ranch, bacon and shredded cheddar cheese. 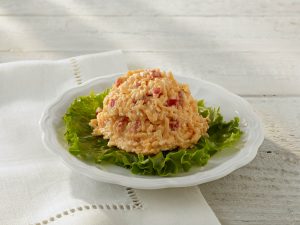 The Richmond-area locations will be open Monday through Saturday and be closed on Sundays. The restaurants will offer lunch, dinner and catering service.

“Westpark puts us so close to Innsbrook,” Rick said. “Being there presents us with an opportunity to provide catering to those companies and businesses in that area.”

Launching new-to-market businesses in metro Richmond is nothing new for the Collins family.

The trio opened the region’s first Stevi B’s Pizza Buffet restaurant at 9158 Atlee Road in Mechanicsville about eight years ago, before selling the business in May for an undisclosed amount.

Rick said one of the founders of Stevi B’s, who happens to serve on the Chicken Salad Chick board of directors, introduced him to the concept.

Rick, a 24-year UPS sales and marketing exec, now is a partner of a supply company based in Atlanta and is a co-owner of the Chicken Salad Chick franchise. His son and daughter-in-law, who are also co-owners, will oversee restaurant operations.

“We’re just excited to be bringing the first Chicken Salad Chick to Richmond,” Tim said. “This is a fantastic company that is experiencing phenomenal growth and we think it’s a great match for the area.”

Love Chicken Salad Chick, have been to many different locations in Florida. I am living in N.Y. but spend my winters in Fla. I hate leaving Fla. In May because we have non up here. Happy to see that the company is starting to come North. We love it so much. Please come to Long Island N.Y.