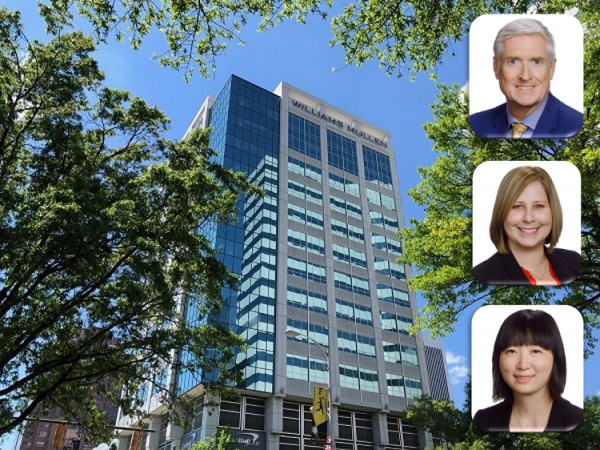 A week after its co-founder and namesake left for a downtown rival, more local LeClairRyan attorneys have followed suit.

Williams Mullen announced Tuesday the addition of Jim Guy, Garland Carr and Cathy Zhang, each coming over from LeClairRyan’s Richmond office. Guy and Carr join as partners. Zhang joins as an associate.

The trio follows Gary LeClair, whose jump to Williams Mullen was announced last month. LeClair started in his new position as partner at Williams Mullen on Monday, along with longtime LCR partners David Lay and Andrew White, who came with him.

LeClair’s departure has been the most high-profile in a continued exodus from the firm he founded in 1988, as it has been hemorrhaging lawyers in recent months and recently expressed doubts about its future. Reports from national legal publications surfaced last week, citing anonymous sources, that the firm was taking steps to begin dissolution.

LCR leadership did not respond to questions Tuesday about the firm’s status. The firm’s attorney roster listed on its website is now down to below 170 and several more attorneys still listed have announced their pending departures. That includes an aviation practice of more than a dozen attorneys led by Mark Dumbroff, out of Northern Virginia, leaving for Fox Rothschild, a large Philadelphia-based firm with more than 900 attorneys.

Guy, a UVA law grad who had been with LCR for 24 years, represents energy companies in regulatory and transactional matters. Carr, a University of Richmond law grad who also represents energy concerns, had been with LCR only since January, having previously worked for the State Corporation Commission. Zhang, a William & Mary law grad, joined LCR in 2017, working on venture capital and M&A matters.

This marks the second batch of LCR attorneys it has picked in recent months, as Janet Cho and Ed White left in May.