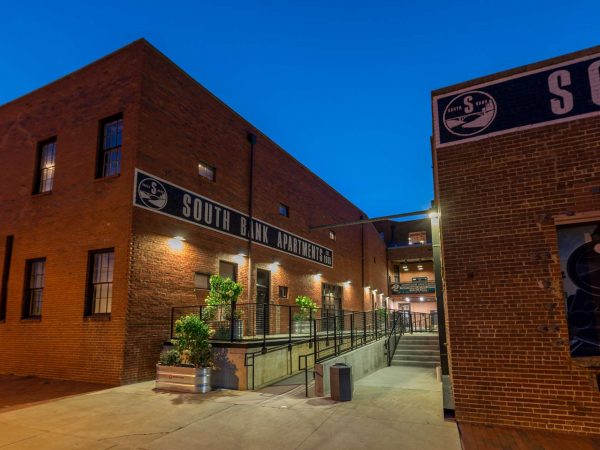 A New York-based real estate investment firm is investing further in Manchester with the acquisition of another apartment building.

The property most recently was assessed by the city at $23.4 million, according to real estate records. 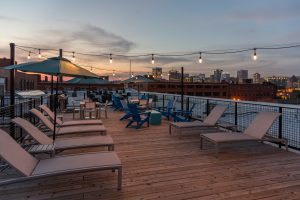 South Bank has a roof deck with a view of the city skyline and outdoor grills. (Mercer Street Partners)

Built in 1937, the former warehouse was converted in 2006 to 95 apartments in a historic tax credits project by disgraced Richmond developers Billy Jefferson and Justin French.

After the notorious team was sentenced to federal prison for their part in a tax credit scheme, the property went into foreclosure and later was placed on the auction block twice, ultimately being sold to U.S. Bank in 2015, and then to Spy Rock and Davis Cos. in 2016.

Spy Rock and Davis Cos. renamed the building and completed renovations, adding 55 apartments to the complex by 2018. Spy Rock’s Andrew Basham said a sale was in mind from the start.

“When we bought the property with our partners, the Davis Cos., we always intended to make upgrades, add additional units to the existing building and then sell the project,” said Basham, principal of the Richmond-based development firm. “Our renovations and subsequent lease-up was successful, and we are proud of the community we created at South Bank.” 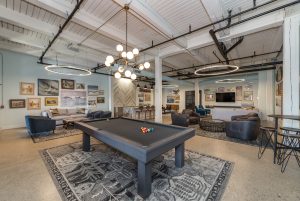 All of South Bank’s apartment units were occupied at the time of Mercer Street’s purchase, LeVine said.

LeVine would not disclose how much Mercer Street plans to invest in South Bank, though he said the firm is looking into ways to enhance the complex’s existing amenities, which include a fitness center, clubhouse, dog wash station and a rooftop deck. He added the firm also plans to implement a green program aimed at reducing residents’ electric and water bills by more than 30 percent.

The transaction marks Mercer Street’s fourth investment in metro Richmond and its fifth overall in Virginia.

It also purchased The Spectrum, a 103-unit apartment building at 2017 Brook Road near Virginia Union University, in February 2017 for $11.4 million. 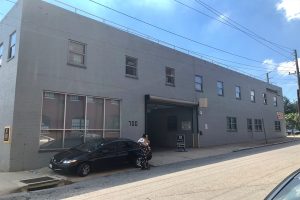 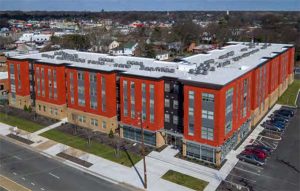 In December 2017, it acquired controlling interest for an undisclosed sum in Perry Street Lofts, a 149-unit Petersburg apartment property redeveloped by local developer Tom Wilkinson in 2011. It also purchased a 71,000-square-foot medical office building in Virginia Beach for $9.9 million.

“We continue to be impressed by Manchester and the growth and development that is occurring in that part of the city,” LeVine said. “Its location next to ArtWorks, Plant Zero and downtown made this a great investment for us.”