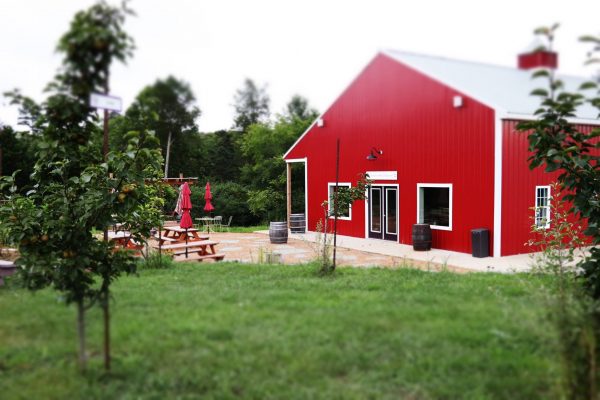 A year after planting an outpost in the city, a Goochland cidery is growing its flagship location.

Courthouse Creek Cider is planning an expansion of its facility at 1581 Maidens Road in Goochland that will more than double the size of its tasting area.

Owners and married couple Liza Fierro-Cioffi and Eric Cioffi started Courthouse Creek on their farm in 2016, only to be forced to temporarily shut down after a 2017 fire destroyed their neighboring family home. After rebuilding and resuming operations, the Cioffis opened a tasting room in The Highpoint at 3300 W. Broad St. in Scott’s Addition. 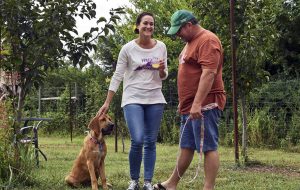 Now they’re staying busy with the addition of a 1,200-square-foot space that will serve as a new, larger tasting room with seating for 75 people.

“Our (current) tasting room is only 500 square feet; it’s pretty tiny,” Eric Cioffi said. “On these hot summer days, there’s not a lot of seating available inside, so we decided the time has come to expand.”

With county approval for the project in hand, Cioffi said they’re looking to break ground soon, hoping for a late-fall completion. Once the new space is open, Cioffi said the existing tasting room will be used as an event space.

Courthouse Creek also is mulling the addition of a commercial kitchen at the Goochland facility. The cidery currently offers charcuterie and cheese boards to its customers in Goochland, but Cioffi said they’d like to develop a bigger food menu.

“We are toying with the idea of going through the Department of Health and putting in a commercial kitchen. We’re still running numbers on that to see if it’s something that we want to pursue,” Cioffi said. “We’d have to go back to the county and get that approved … but we’re leaning in that direction.”

Courthouse Creek also added beer to its offerings this year. In March, it fired up a one-barrel brewing system to make gluten-free beer at the farm location. It has produced an Irish red ale, honey gose and an IPA, and Cioffi said they’re going to soon start bottling their beer, to be sold at the Goochland location.

“We’ve been pushing out at least three beer options at the farm only, since we can’t bring it downtown because of ABC permitting rules,” Cioffi said. “We’re not with a distributor, but we’ll see. If someone approaches us, we’re certainly open to it.”