It’s been a busy summer of attorney shuffling in Richmond, fueled in large part by unrest at LeClairRyan. But other firms are getting in on the warm-weather poaching.

O’Hagan Meyer, which expanded in Richmond in 2016 by luring a group of about a dozen LeClairRyan attorneys, this month added a new quintet from another rival firm’s local office.

The move gives O’Hagan Meyer an attorney count of 115 firmwide, including around 30 in its Richmond office at 411 E. Franklin St. downtown.

It’s a big jump from three years ago, when the firm beefed up its Richmond presence and changed its name from O’Hagan to O’Hagan Meyer with the addition of Charlie Meyer, who brought about a dozen attorneys with him from LeClairRyan. O’Hagan had 50 attorneys at the time mainly spread around Virginia, Chicago and Philadelphia.

“Our vision then was the same it is now, to be a preeminent labor and employment, and litigation firm,” Meyer said last week, having just returned from a trip to meet with the firm’s new offices in California. “At the time we may have used the word ‘boutique’ more. Now we have 115 lawyers with multiple offices around the country.”

The firm now has around two dozen attorneys spread across four offices in California, a West Coast growth spurt fueled by its clients asking it to be there.

“While we’ve grown, we’ve been very focused on only growing where our clients need us and want us to be,” Meyer said. “We had a couple clients demand that we open in L.A. and Southern California because they were experiencing significant litigation there.”

Its first group in California set up in Los Angeles about a year ago, led by Clint Robison from LeClairRyan.

Other offices, including Charlotte and Boston, have followed in similar fashion. In addition to LeClairRyan, which is in the midst of a high-profile dissolution, Meyer said the firm has had success in attracting attorneys from other larger firms such as Freeman Mathis & Gary and Winston & Strawn.

“They like our model that we are lean and efficient and pass those cost savings on to our clients,” Meyer said.

The new group in Richmond adds to O’Hagan’s focus on commercial litigation in the realm of professional liability, class action and government contract cases. 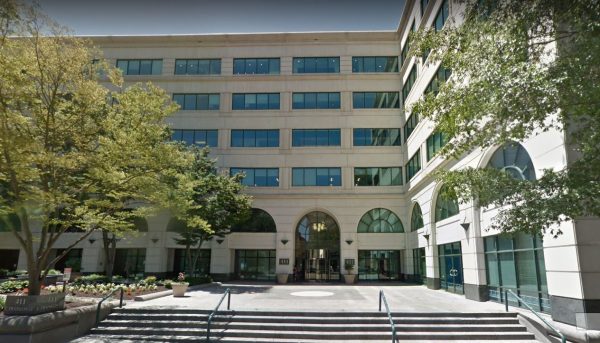 As it continues to grow, Meyer said he and his colleagues are not losing sight of the flaws of some of the larger firms they left.

“All of us come from other firms. There were some very good things about those firms. You take the good things, jettison the other things and come up with a new model,” he said.

“The thing with growth is, we will grow where our clients want. Growing for growth’s sake is a cardinal sin that will get law firms in trouble. We’ve all seen how damaging and unconstructive that can be.”

Not to be outdone, Vandeventer Black this month picked up two attorneys seeking refuge from LeClairRyan.

Robert Saffelle will join the firm’s Richmond office in Riverfront Plaza’s west tower on Aug. 26, after having spent 18 years with LeClairRyan. He focuses on labor and employment issues, including ERISA and employee compensation and benefits matters.

Joining Vandeventer’s Norfolk office is commercial real estate attorney Ray King, who had been with LeClair since 2002.

The firm now has 10 attorneys in its Richmond office and four dozen firmwide.

Congrats Sean and Hobie! I really appreciated your AIA lunchtime presentation at Baskervill last month, it was a nice primer on indemnification fir architects. I am sure you will bring a lot to the table at your new practice.