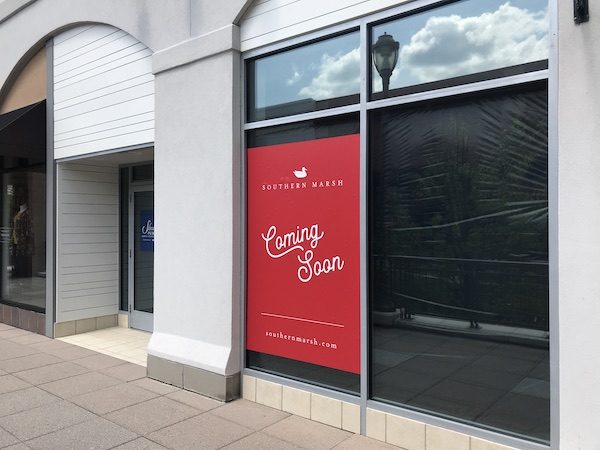 A retail brand born in the Bayou is heading to Short Pump.

Southern Marsh, which sells its own line of clothing and accessories for men, women and kids, is opening a store in Short Pump Town Center.

Founded in 2008 in Baton Rouge, Louisiana, Southern Marsh’s designs are inspired by the “Southern lifestyle.” It competes with the likes of Vineyard Vines and Southern Tide, and typically uses a duck emblem on its items.

Spokesman Joseph Judd said the Short Pump store is set to open on Aug. 31. The shop will be on the Dillard’s concourse adjacent to J. Crew in the mall.

Southern Marsh previously sold online and wholesale to other retailers, including Green Top Sporting Goods in Ashland. It got into the brick-and-mortar scene in 2018 and now has stores in Charlotte and Raleigh, North Carolina, and The Woodlands, Texas. The Short Pump location will be its fourth, with a fifth planned for Louisiana.

It will join other newcomers at the Short Pump mall, including stationary bike and treadmill brand Peloton, which is set to open this month. Untuckit and Frost Gelato also opened this summer. 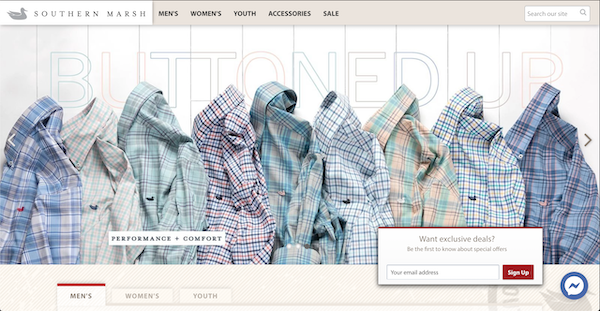 Southern Marsh’s designs are inspired by the “Southern lifestyle.” (Screenshot)