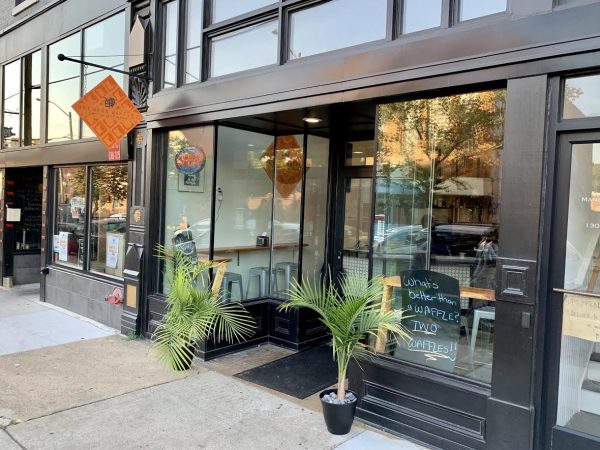 A restaurateur credited with helping grow Manchester’s dining scene has opened his latest installment in the Southside neighborhood.

The venture is a partnership of Brewer, investor James Harris and chef Josh Reed.

The 1,600-square-foot restaurant has been open since mid-July, and doubles as an art gallery and entertainment space for poetry acts and musicians. 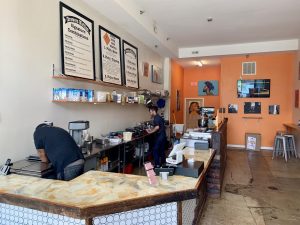 Brewer’s Waffles and Milkshakes serves up handspun milkshakes and variety of waffles.

Brewer’s Waffles & Milkshakes serves up a variety of waffle dishes – each named for one of the city’s elementary schools – that include “The Carver,” a waffle covered in bananas, chocolate mousse, Nutella drizzle and peanut brittle, and “The Henderson,” a savory waffle served with either pork, turkey or veggie sausage with caramelized onions and white gravy.

Patrons also can build their own waffles by choosing either a traditional, cornbread, gluten-free vegan or waffle cone base, along with nearly two dozen toppings such as strawberries, Snickers, pork, turkey, veggie sausage, candied pecans, chocolate chips, sprinkles or baked Granny Smith apples. Those can be topped with a choice of 10 sauces, including maple syrup, honey or vanilla icing. 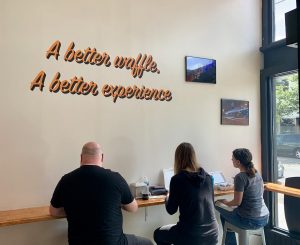 Patrons can dine-in or carry out at Brewer’s Waffles & Milkshakes.

For its made-to-order milkshakes, patrons have their choice of vanilla, chocolate, strawberry or vegan ice cream base, along with either almond, whole, rice or soy milk. The list of fillings includes cinnamon toast crunch, Fruit Loops or blueberries.

Topped with whipped cream and a cherry, the shakes cost about $6. Patrons also order up two scoops of ice cream in a waffle cone for the same price.

I’ve eaten there a few times now, GREAT new restaurant. I recommend it to anyone who hasn’t been.