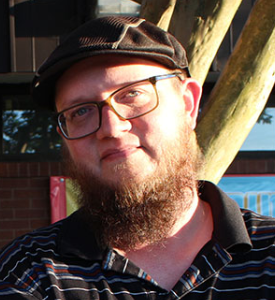 Five months after his planned brick-and-mortar spot fell through, a local brewer is kicking off a beermaking operation that doesn’t rely on a physical home base.

Brandon Tolbert is launching Short Throw Brewing Co., a beer brand that will work with a contract brewery to make its recipes in a remote location in Connecticut.

Tolbert’s been a brewer at a number of local breweries, including The Answer Brewpub, Final Gravity Brewing Co. and Ardent Craft Ales. He’d been working on opening Safety Team Brewing Co. on Brookland Park Boulevard, but those plans fell through in April with Tolbert and business partner Chris Campanella citing funding problems.

Tolbert said he’s still planning to open a physical brewery here in Richmond, but that’s in the early stages. Until then, Short Throw will be having its beer brewed at Twelve Percent Beer Project, a contract brewery near New Haven, Connecticut, that beermakers can use to brew their beer.

“It’s a brand-new facility … and (Twelve Percent’s) whole spiel is they’re going to produce beers for other breweries,” Tolbert said. 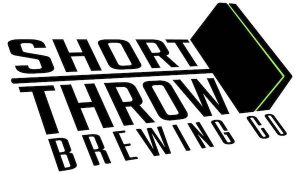 Short Throw’s new facility is slated to open at the end of the month. (Submitted)

The New Haven facility should be ready by the end of September, and Tolbert said he’ll be developing beer recipes here in Richmond and sending them north to be brewed. In addition to brewing, Twelve Percent will handle the packaging and distribution of Short Throw’s beer.

“The goal is that it’ll eventually be distributed nationwide to 40 states, excluding Virginia,” Tolbert said, citing Virginia’s alcohol distribution laws as reason for not shipping Short Throw to Virginia.

“It’s just more beneficial to just disregard (Virginia) altogether until I know what’s happening here,” he said, referring to his plans for a physical brewery in Richmond. “It’ll come as close as D.C., Maryland and North Carolina.”

Tolbert said about 80 percent of Short Throw’s beer will be packaged as four-packs of 16-ounce cans. Short Throw’s first two beers will be an IPA and a Double IPA, and Tolbert said he’ll generally brew what’s been popular with consumers, including goses, stouts and Berliners.

“It’s a little bit of a weird situation since there’s no taproom. Everything we send has to sell,” he said.

If Short Throw is successful in contract brewing, Tolbert said it would help serve as a launchpad for a physical space in Richmond.

“This just sort of fell in my lap, to be honest,” Tolbert said. “The plan is once I have some sales sheets and get some beers out in the markets, that’ll help attract investors, and possibly this time banks will treat me better as far as giving me a loan.”

Safety Team Brewing, Tolbert’s previous concept, was planned to be built from scratch at 310 W. Brookland Park Blvd., but Tolbert and Campanella said they scrapped the plans after realizing the costs would be too great.

As Short Throw looks to get going without Virginia on its distribution map, an established giant in the craft beer world also is voiding the commonwealth. Bell’s Brewery is in the midst of a legal battle against Premium Distributors of Virginia, a dispute that led to Bell’s halting shipments of all its beer to Virginia.

Please tell me an idea this good will include axe throwing, cornhole, and food trucks.