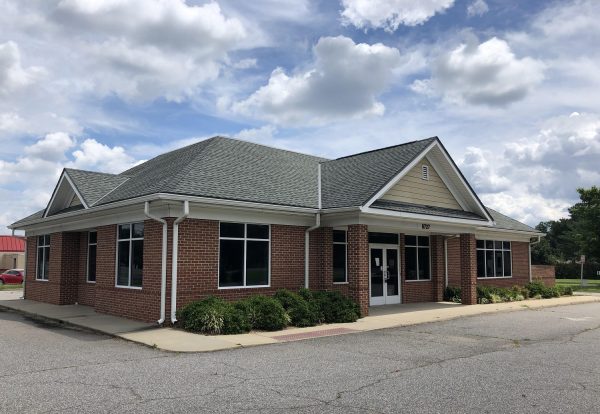 The first Chase Bank location in Richmond will open at the former BB&T branch at the corner of Staples Mill and Parham roads. (Michael Schwartz)

A New York banking giant has taken the next step in the push for its first wave of retail branches in the Richmond area.

The Virginia Bureau of Financial Institutions and Office of the Comptroller of the Currency each gave the thumbs up on the 2,900-square-foot location, which Chase will lease from California-based Pontus Capital.

The Staples Mill site is one of at least two branches the bank has in the works around Richmond.

It filed plans with Henrico this summer to construct a branch from scratch on the site of the former Extra Billy’s Barbecue restaurant at 5205 W. Broad in the Willow Lawn area. It is currently awaiting regulatory approval for that location as well.

Chase, which is the retail banking arm of $2.6 trillion financial giant J.P.Morgan Chase & Co., did not respond to requests for comment on Thursday.

Chase previously has declined to comment specifically on its Richmond expansion plans beyond stating that the market fits into its broader plans to open 50 retail locations in five years in what it calls Greater Washington, which includes Richmond.

While the bank has yet to establish a retail entity here, it has had a commercial banking presence in Richmond for about 10 years through the J.P.Morgan Chase brand, with a group working out of James Center downtown.