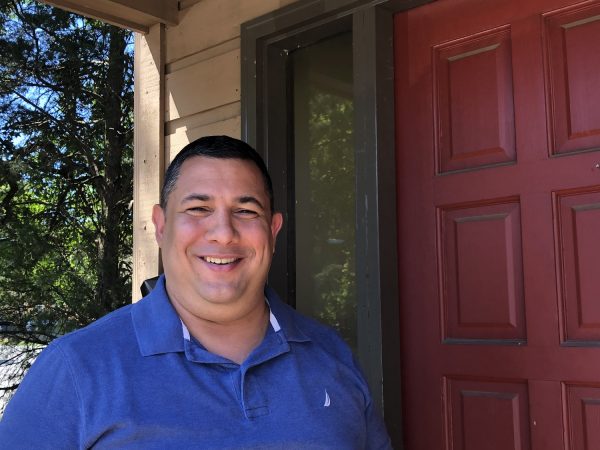 With a construction and real estate business already under his belt, Jason Bhattacharya knows how to take apart a home and put it back together.

Now he’s added a third skill to his business savvy by looking to a narrow niche in the insurance industry.

Bhattacharya recently started Old Dominion Public Adjusters, which acts as a middleman between homeowners and their insurance companies when making a claim for repairs.

Bhattacharya likened the role of a public adjuster to that of a lawyer. Homeowners likely don’t know all the ins and outs of repairing a home after a disaster. When they go to make a claim, a public adjuster can represent the owners and negotiate with their insurance companies to help ensure a fair deal.

In his time as a contractor, Bhattacharya said he has seen insurance companies focus on their own bottom line rather than making sure the client gets the proper repairs they need, even after years of paying premiums.

“(Insurance) is the only service you pay for religiously, pray you never have to use, and when you do, you expect to be given a hard time,” Bhattacharya said. “It’s the only business in this country where we accept that.”

Other than attorneys, public adjusters are the only licensed entities that can represent an insured party in an insurance claim. Most attorneys don’t specialize in home repair claims. He said adjusters employed by the insurance companies, whether they are on staff or independently contracted, aren’t working for the client, but for whoever is paying them.

Public adjusters are usually paid based on a percentage of the additional funds gained over the initial insurance company estimate. Bhattacharya said the percentage he charges is judged on a case-by-case basis for the time being.

Public adjusters can be employed for any first-party property claims, meaning when a person is seeking compensation from their own insurance companies rather than someone else’s. So, for example, no personal injury claims. Real estate-related claims, Bhattacharya said, are the most typical scenario in which public adjusters are called.

He runs the business out of the same Midlothian office he uses for his other ventures, Plumbline Construction Co. and Ardent Properties, at 400A Southlake Blvd. Bhattacharya said one of the biggest challenges in building his new company is education and outreach to let people know such a profession exists. Many times, people think their only option is to hire a lawyer or to just accept whatever their insurance offers.

He’s working on his social media presence as well as preparing educational talks to teach about the industry.

Bhattacharya obtained his license to work as a public adjuster from the State Corporate Commission in March, and on May 9 received his public adjuster firm license and opened Old Dominion Public Adjusters.

He said he’s worked a handful of claims since then, including arguing on behalf of a homeowner after a kitchen fire. He went back and forth with the insurance company, arguing that damage to the home was worse than the insurance company was willing to pay for initially.

“After we presented our case to the supervising adjuster with the reasoning behind why these items needed to be replaced, they agreed to nearly everything, and the insurance company paid it,” Bhattacharya said.

“And the truth is they should pay for it,” he said. “You should have a house that looks the same or better after the loss. That’s what people pay for.”