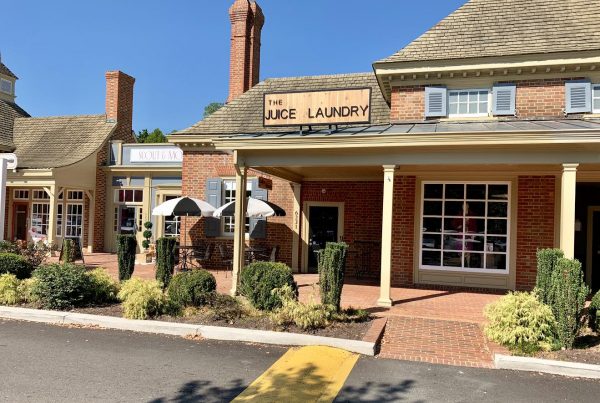 Charlottesville-based Juice Laundry is now open between the Scout & Molly’s and Frances Kahn storefronts at 6231 River Road in the River Road Shopping Center near the edge of Richmond’s West End and Henrico County.

This is the company’s first location in metro Richmond and its fourth overall, with two stores in Charlottesville and another at The Yards mixed-use development in Washington, D.C. 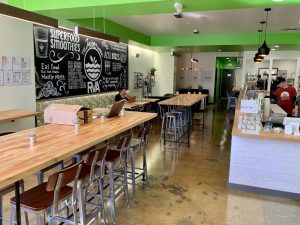 The Charlottesville-based Juice Laundry is now open in the at 6231 River Road in the River Road Shopping Center.

Last week, the company held a soft opening with limited hours as a way to introduce the concept to the area, said Billy Salter, who is launching and running the Richmond location for the company.

Juice Laundry is owned and operated by Mike and Sarah Keenan, who founded the business about six years ago.

On top of helping the Keenans launch Juice Laundry locally, Salter also owns the Sweet Frog location at 9073 Staples Mill Road in Henrico, as well as the fro-yo chain’s store at 72 Southgate Square in Colonial Heights.

All of its menu items are 100 percent certified organic, Salter said, adding that they’re also vegan and gluten-free. Signature smoothies include its Bradley’s CB&J, made with cashew butter, strawberries, dragon fruit, banana, dates and cashew milk; and Blaze, which is blended with ginger, cayenne, mango, strawberries, bananas, dates and cashew milk. 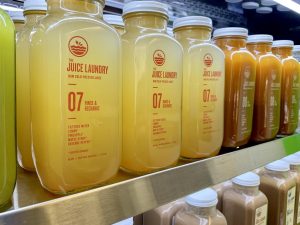 Along with smoothies, Juice Laundry also makes shakes such as its Turmeric Tonic, made with turmeric, lime, maple syrup and filtered water; and its cold brew latte, which is crafted with cold brew coffee, cashews, dates, vanilla bean, cinnamon and pink salt.

The 2,000-square-foot Richmond Juice Laundry was designed by Charlottesville-based architectural firm Alloy Workshop. It has several seating areas for about 42 people. M.L. Bell Construction was the general contractor.