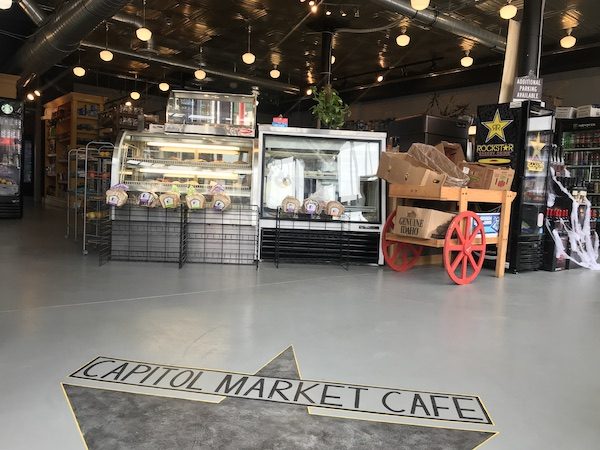 The space was formerly home to Black Swan Books, which left in January. (Photos by Mike Platania)

With a newly opened café in the Fan, a local businessman also has his sights set on Scott’s Addition.

Munir said he’ll also be opening a similar concept, Scott’s Market Deli, on the ground floor of the Scott’s View at 1400 Roseneath Road. 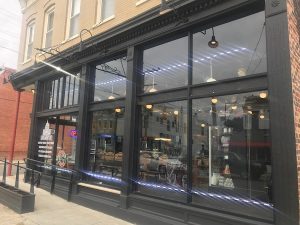 Capitol Market Cafe opened earlier this month in the Fan.

He took over the space at the corner of West Main and Robinson streets after Black Swan moved its business to Rosedale Avenue in early 2019 to focus on online sales. The bookstore had been in the Fan storefront since 2004.

As its name would suggest, the spot is part market and cafe. In addition to groceries, produce, snacks and toiletries, Capitol Market Cafe also has an espresso bar and bakery. It also has a back room dedicated to wine and an extensive beer selection.

Munir said house-made salads, sandwiches and breakfast sandwiches will be added in the next week or so. 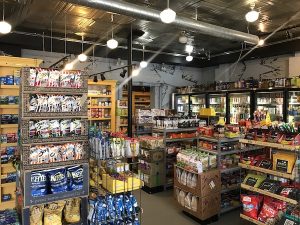 The market has a back room dedicated to wine and an extensive beer selection.

“I think the neighborhood needed something like this,” Munir said. “The foot traffic’s been wonderful.”

The buildings have a combined 25,000 square feet of commercial space between them. Cushman & Wakefield | Thalhimer’s Amy Broderick and Birck Turnbull have the listing.

In addition to Scott’s Market Deli, Virginia Commonwealth Bank has signed on to open a branch within the development.

Will come back for another try but no cafe food, as mentioned is available now and if this market has fruit then so does 7-11. They appeared to still be stocking but a lot of what was listed is lacking. Sunny’s Market down on Cary could use a good cleaning and remodel but it stocks of staples is so much better.

PS why is the US Capitol the logo for a space in Richmond?