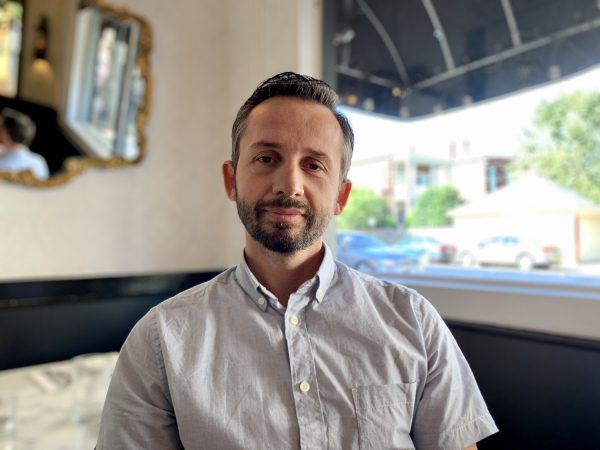 Gersi Memaga and his wife Susannah Proctor, own and operate Gersi. (Photos by J. Elias O’Neal)

By way of Brooklyn, a New York restaurant couple has chosen Richmond for their second location.

Husband and wife Gersi Memaga and Susannah Proctor this month opened Gersi in the storefront that was previously home to Swan Dive restaurant at 805 N. Davis. Ave. in the Fan.

The original Gersi opened in June 2016 in the Carroll Gardens section of Brooklyn. The restaurant focuses on northern Italian-inspired cuisine, with an emphasis on house-made pastas and sauces, and seasonal ingredients.

Opening Gersi in Richmond gives the couple what they have wanted for nearly five years: A new restaurant in a city ripe with change and new opportunity. 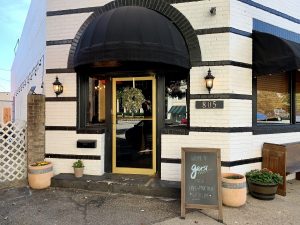 Gersi takes over the former Swan Dive location at 805 N. Davis Ave. in the Fan.

“The city has changed so much,” Proctor said. “It’s not even the same place it was five years ago versus 15. There’s a shift in attitude, and appears to be moving in the right direction.”

She grew up in Richmond for much of her childhood. Her father, the late Jack Proctor, was appointed the first statewide building code supervisor, rising to become deputy director of the state building code enforcement division. The General Assembly later named its building code academy after Proctor in 1988.

Susannah’s parents, Jack and Angela Proctor, later left Richmond for the rolling hills of the Shenandoah Valley region, where the family owned and operated a restaurant and farm.

“We got our start in the restaurant business pretty early,” Susannah said. “I guess it stuck.”

Memaga had a similar upbringing, albeit clear across the globe. 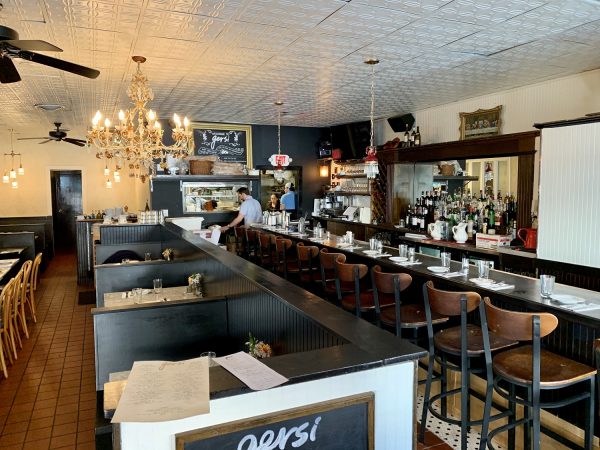 A native of Albania, Memaga remembers his family growing its own food and raising its own cattle.

Albania’s proximity across the Adriatic Sea to Italy enabled Memaga to admire how Italian dishes were made and served.

“I always liked Italian dishes and the work that went into them,” he said. “I knew at some point I wanted to open an Italian restaurant.”

Memaga immigrated to New York in 2002, where he worked as a busboy for several years before serving as a manager at several restaurants in the city.

He and Proctor wanted to establish Gersi five years ago in the 2000 block of West Broad Street near the new Whole Foods-anchored Sauers Center, but the deal to purchase the space fell through.

“I’ve always liked Richmond,” Memaga said. “I originally wanted to open the restaurant here first, but things didn’t work out the way that I wanted to, so we opened our first restaurant in Brooklyn.”

But a call earlier this year from Wilson Davis, a broker from Sigma National Inc. who helped them secure their space, finally placed Richmond back on their radar screen.

“I came down and looked at the space and it was perfect for us,” Memaga said.

The space was available after Swan Dive closed in late April, as owners Kevin Roberts and Rachelle Roberts sold the restaurant to focus on their family and other endeavors.

Pasta menu items include its spaghetti al limone, which is prepared with fresh lemon and parmigiano reggiano; and its homemade Tagliatelle Bolognese. Other items include several salads, bruschettas and antipasto dishes, such as its black kale panzanella salad that’s made with grilled whole wheat bread, chopped tomatoes, organic kale, capers and basil; mushroom bruschetta that’s served with sauteed mushrooms; and its polpette di Vitello in Brodo veal meatballs.

Gersi also includes a full bar with several Italian beers and wines, Memaga said, adding that several of its cocktails can be paired with menu items, including its Gersi Manhattan that’s made with bourbon, amaretto and orange bitters.

While they’ll continue to run Gersi in Brooklyn, Memaga and Proctor are going all in on Richmond, purchasing a residence in the Brookland Park neighborhood, with plans to eventually move their daughters from Brooklyn to their new home on the Northside.

“I can’t wait to be back in Richmond, and eventually share the memories I have about the city with my husband and our children,” said Proctor, who is preparing to give birth to a third daughter next week. “Richmond is turning into a melting pot for foodies, and we can’t wait to add our take to it.”