The Virginia Capital Trail Foundation and the Virginia Department of Transportation have launched an “Adopt-A-Trail” program aimed at reducing little along the 52-mile trail. Individuals and organizations can adopt a 1-mile section of the trail by cleaning up litter along it four times per year in exchange for a designated sign.

The Science Museum of Virginia received a $250,000 grant from the Institute of Museum and Library Services to assess and guide improvements to air quality in Richmond neighborhoods over the next three years.

Equality Virginia announced that more than 1,000 small businesses throughout the state have signed its Equality Means Business pledge to say they will not discriminate against customers or employees because of their sexual orientation or gender identity.

Intermission Beer Co.’s building at 10089 Brook Road sold to new ownership, however the change will not affect the brewery.

The Shed, an online platform that lets users list and rent personal items such as tools and travel gear, is preparing to launch this fall. 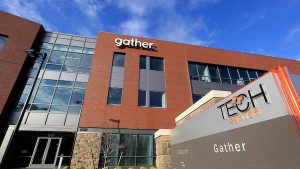 The Williamsburg Premium Outlets are getting two new tenants this fall in shoemakers Adidas and Rainbow. 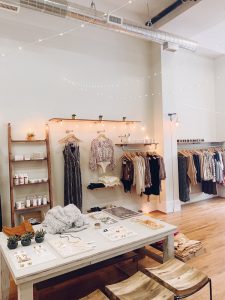 VCU’s School of Business has named the Virginia Museum of Fine Arts as its 2019-20 artist-in-residence. 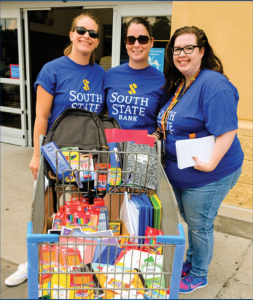 The local bank collected over 3,500 pounds of school supplies as part of its “Stuff the Bus” Campaign. (Courtesy South State Bank)

Native Collaboration has won an LA Emmy for “Best Sports Promo” at the LA Area Emmys for its video series on the Los Angeles Kings.