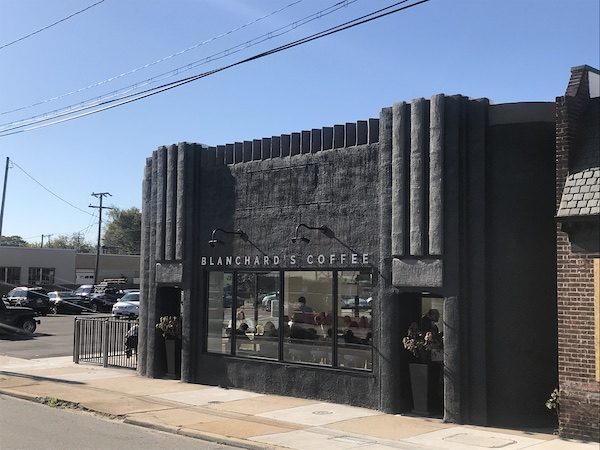 An old Chinatown bus station has been reborn as a coffee shop. (Photos by Mike Platania)

The company, which has operated primarily as a wholesaler and online retailer, last weekend opened its new coffee shop at 3121 W. Broad St. in the Museum District and across from Scott’s Addition. Another is planned for Forest Hill Avenue next year. 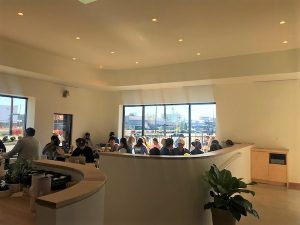 The space has seating for over 50.

Blanchard’s spokesman Stephen Robertson said the Broad Street location is on a soft-opening schedule of 7 a.m. to 1 p.m. with a limited food menu until early November, when it’ll switch to its full-time hours of 7 a.m. to 7 p.m.

In addition to a full coffee bar, Blanchard’s also has an ABC license to serve a limited beer and wine selection, and coffee cocktails.

Ellwood Thompson’s is providing pastries and other baked goods. Robertson said Blanchard’s will be offering toast spreads from Scott’s Addition-based shop Chairlift to go along with Ukrop’s White House Rolls.

The coffee shop opened in a 1,500-square-foot space that was formerly a Chinatown bus station. It has a staff of five and plans to go up to about a dozen. The other half of the building is occupied by Edge Golf Academy, run by building owner Scott Coleman, who bought the property two years ago. 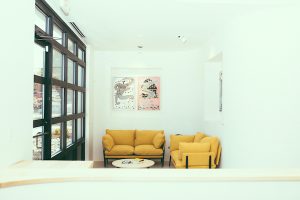 Meanwhile, south of the river, Blanchard’s other cafe is on schedule to open in 2020 at 4910-30 Forest Hill Ave. It’s going into a mixed-use development along with Boho Studios, Charm School Social Club, Stella’s Grocery and The Veil Brewing Co.

The Forest Hill location will be a bit of a homecoming for Blanchard’s, which started in that neighborhood in 2005 before moving its roasting operation, which will continue to operate, to 1903A Westwood Ave.