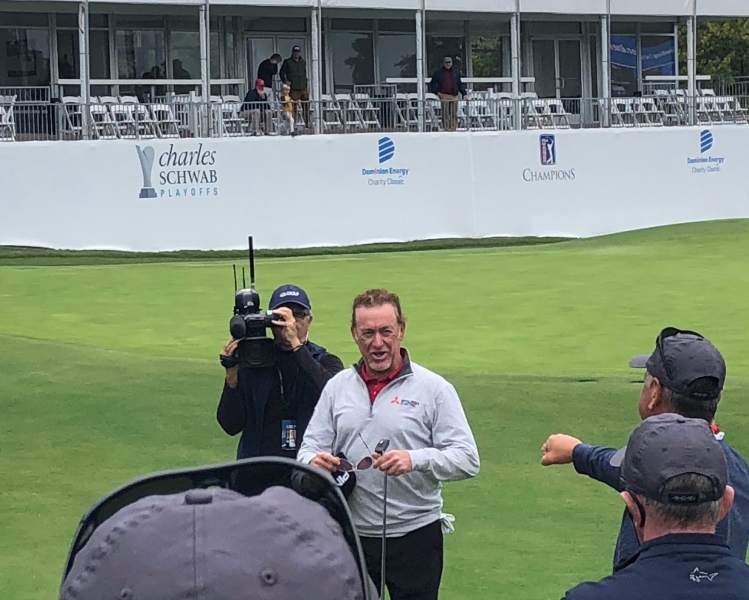 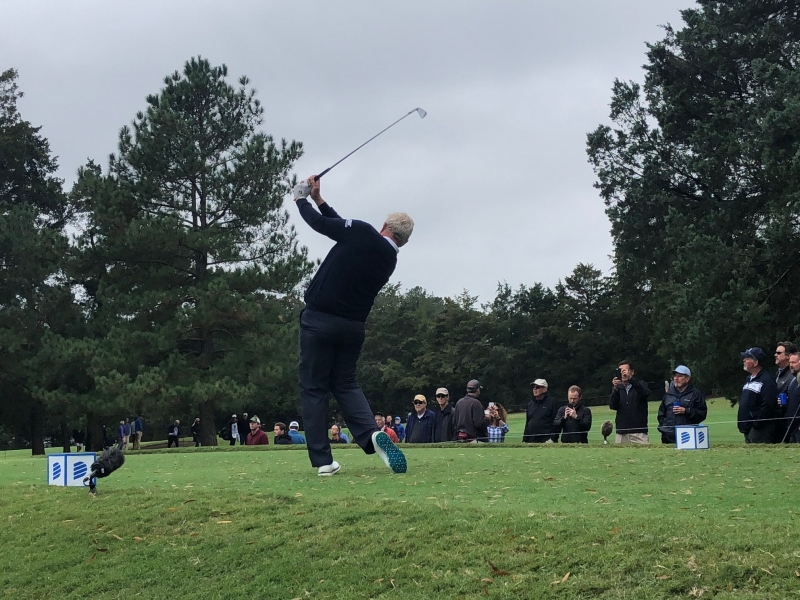 Colin Montgomerie was in the hunt for the victory for much of the final round. 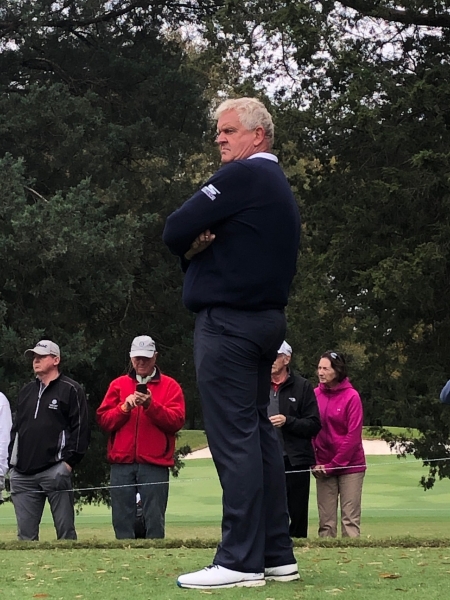 Montgomerie tees off at hole 17. 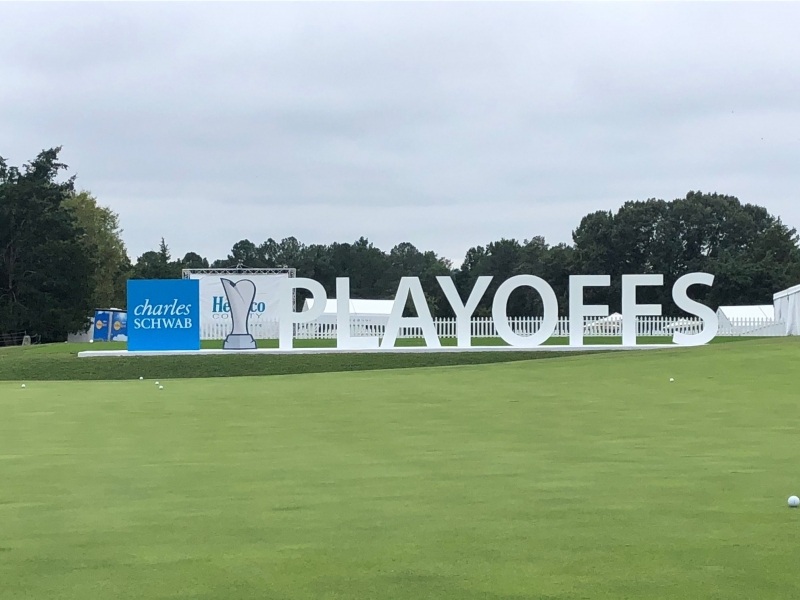 The DECC is the first of three events in the tour's Schwab Cup playoff. 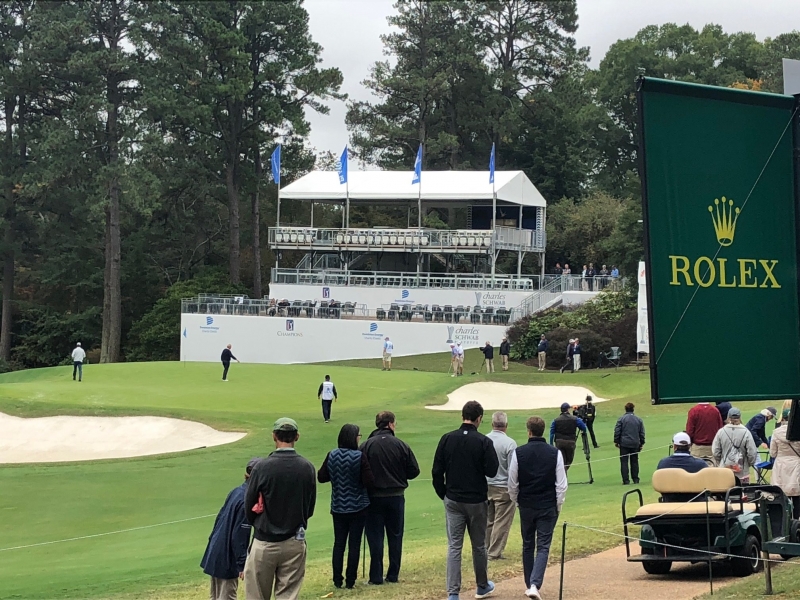 The box overlooking the 16th green. 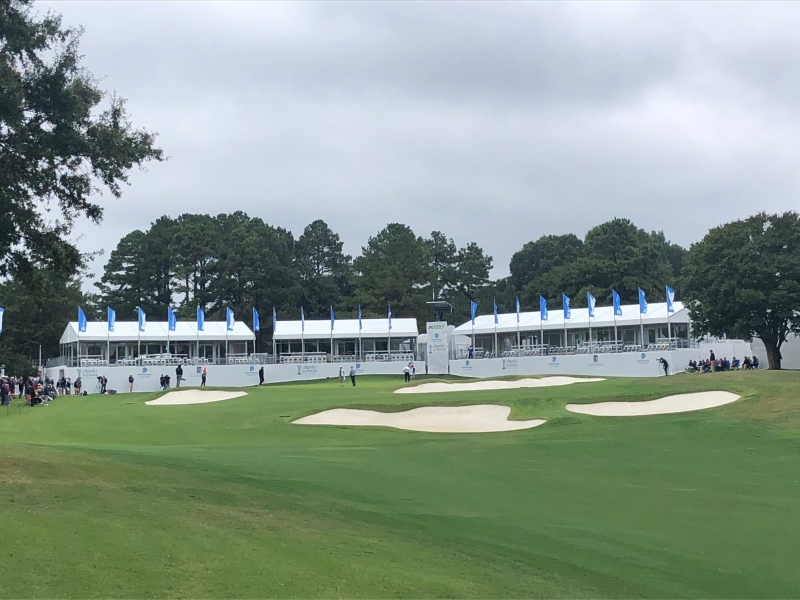 The grandstand overlooking the 18th green. 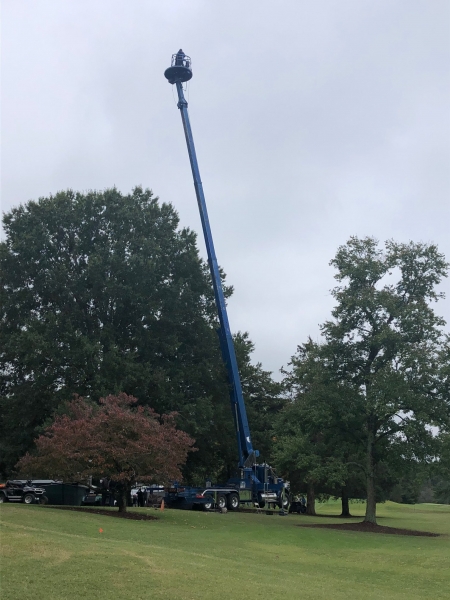 After a washout delayed its final round on Sunday, local golf fans found a reason to sneak away from work Monday to catch the finish of the fourth annual Dominion Energy Charity Classic at Country Club of Virginia’s James River Course.

In the end, 55-year-old Miguel Angel Jimenez took home the trophy and the biggest piece of the $2 million purse, shooting 18 under par for the tournament after a final round 63.

Monday’s play capped the fourth installment of the tournament, which is signed on to be hosted at CCV through 2029.

PGA Tour Champions is what used to be the Senior PGA and then the Champions Tour, which features well-known pros over the age of 50 such as Bernhard Langer, Vijay Singh, John Daly, Jesper Parnevik, Fred Couples and others.

The Dominion tournament is the first stop in the Charles Schwab Cup, a three-event playoff series.

Congratulations Angel on your victory at the Dominion! Very nice indeed.

Saw you at the Master’s playing with my friend Jeff Knox a decade ago, you all had a good time and you moved smartly up the leaderboard over that weekend.

You are fun and talented and just what any pro golf circuit would want. Please celebrate in the RVA, people here are friendly and so are the venues.