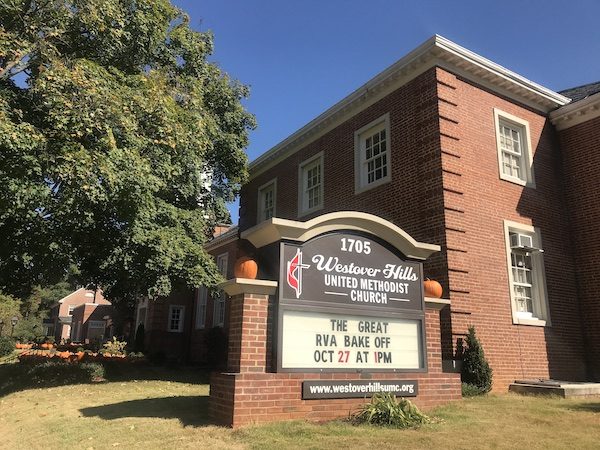 The nonprofit is set to open a bakery next fall at Westover Hills United Methodist Church.

Spawned from the wreckage of Health Diagnostic Laboratory, a nonprofit helping students with developmental disabilities is firing up a new bakery in Westover Hills.

Operating Tablespoons is Next Move Program, a local nonprofit that works with businesses to create internships for students with developmental disabilities.

“We create internship models that our teams facilitate,” said Executive Director Elizabeth Redford. “We recruit and train and do onsite education with students on things like life, safety and social skills.” 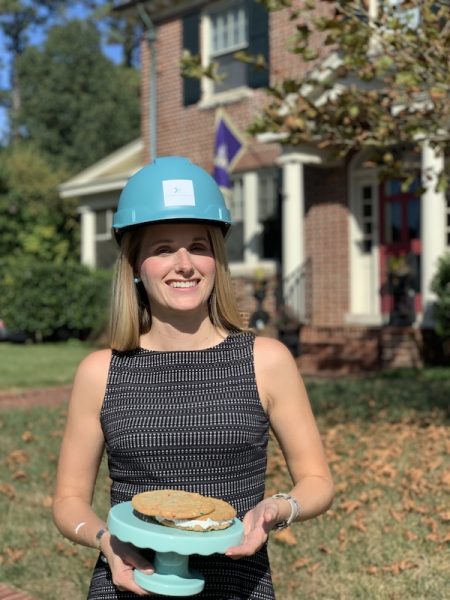 Redford said the nonprofit was originally an in-house program at HDL, the former Richmond blood testing firm. Redford and Mary Townley, whose backgrounds are in special education, led the program starting in 2012.

“There was an initiative senior leadership started because many had family members with disabilities,” Redford said. “HDL was looking for a way to hire and build a program that’d be a good fit for adults and students that have disabilities.

“We ran it for almost three years, and we had a lot of success with it,” Redford said. “And then HDL imploded.”

A kickbacks scandal put HDL on the ropes in 2014, and Redford and Townley were among the hundreds laid off the following year. Redford said she and Townley considered going back into education, but decided to spin off the internship program and keep it going under its own name.

“We had an outpouring of support from students, families and even the state’s Department of Education. They gave us the confidence to spin it off,” Redford said.

Next Move was established as its own 501(c)(3) in September 2015, and Redford said they got busy revamping the curriculum and found other local businesses to participate in the internship program, including Quirk Hotel, Ledbury and University of Richmond.

The idea for Tablespoons was born in 2017 when Next Move reached out to Britt Falabella, a friend and professional baker who owns Sugar Britches Sweets & Treats. 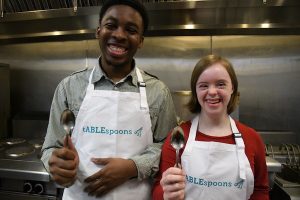 “We went into (Britt’s) kitchen and within five minutes, we were all looking at each other like, ‘This is amazing.’ Our students were showing great teamwork, social skills, learning about kitchen safety and measurements, customer service and financial literacy,” Redford said.

“It was all the skills we wanted them to learn, and they were having so much fun with it.”

Tablespoons snowballed into a stand at the South of the James Market and a wholesale operation, sending baked goods to places such as Capital One’s West Creek campus and other corporate catering gigs.

“The public enjoyed the product and getting to know our students by name. People started to know where else they can find our baked goods,” Redford said.

“We knew pretty much by the end of 2017 that we had to ultimately work toward having a brick and mortar. We were having a hard time keeping up with demand.”

Next Move and Tablespoons connected with Westover Hills United Methodist Church, which has a commercial kitchen onsite and had the former clergy house available. 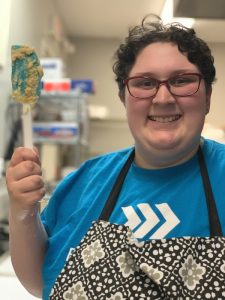 Next Move recently signed a memorandum of understanding to lease the house and turn it into a bakery and coffee shop on the bottom floor, with a classroom and office space upstairs.

“(WHUMC) was looking to do more programming that’s not necessarily faith-based. It was a good fit with what we’re both trying to do,” Redford said.

WHUMC is about to start its own renovation of its sanctuary building, which is scheduled to begin in spring 2020. Once that’s complete, Next Move will execute the lease and begin renovations on the house, Redford said.

Until then, she said Tablespoons and Next Move are doing business as usual, running its South of the James Market stand and continuing to fundraise. On Sunday, Oct. 27, the nonprofit is holding a bake-off fundraiser for Tablespoons at WHUMC.

With the fallout from HDL likely to continue into 2020, Redford was quick to laugh about how much has changed for her program since it started there seven years ago.

“Obviously (HDL’s implosion) had nothing to do with us, but I like to think we’re one of the success stories out of HDL,” she said, laughing.