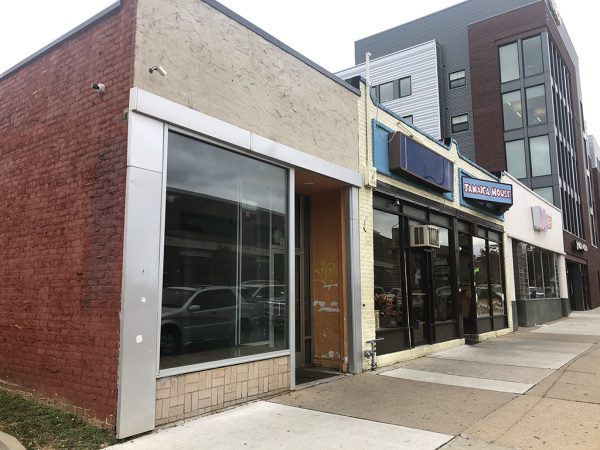 With locations lined up in Willow Lawn and the West End for its initial Richmond retail push, banking giant Chase Bank is now going after the VCU market.

The retail banking arm of JPMorgan Chase & Co. has a small outpost in the works at 1211 W. Broad St., a storefront most recently occupied by the short-lived Sweet Turtle Ice Cream.

The city approved plans and building permits this month to convert the space into an “ATM vestibule” for the bank. It’s an enclosed area with ATM machines that typically allows customers to use their ATM card to unlock the doors for access afterhours. They are more common in larger cities and it’ll be the bank’s first such location in Richmond.

Such a setup would suit the narrow, nearly 1,300-square-foot former ice cream parlor, which is owned by local developer Rebkee Co. and is the only property on that block not owned by VCU.

“We have worked with J.P. Morgan Chase for some time and think this will be a great location for them moving forward,” said Rebkee’s Dan Hargett.

Chase representatives did not respond to a request for comment.

Permits on file with the city show $250,000 worth of work is estimated for the project. The bank has hired Construction One Inc. as general contractor. OTJ Architects is doing the design work. WB Engineering+Consultants is the engineer.

Milrose Consultants, a New York-based firm that routinely does work for Chase, filed the plans on behalf of the bank.

It’s at least the third retail location Chase is planning in the Richmond market, part of its broader push to open 50 retail locations in five years in what it calls Greater Washington.

The bank in recent weeks received approval from state and federal regulators to establish a branch at 5205 W. Broad St., in the long-dormant Extra Billy’s Barbecue site at Willow Lawn, and in a former BB&T branch at 8727 Staples Mill Road.