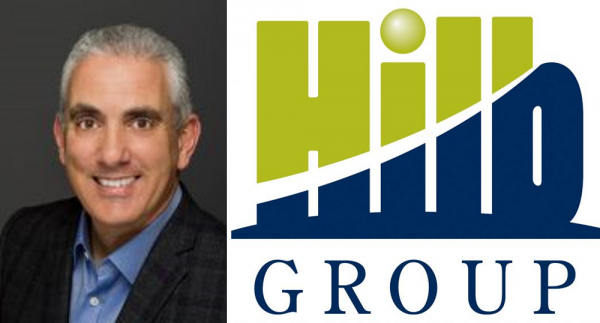 Ricky Spiro will continue on as CEO of Hilb Group under the new ownership.

A fast-growing local insurance brokerage has a new private equity backer to help fuel its continued wave of agency acquisitions.

The Hilb Group announced Wednesday a pending deal to be acquired by publicly traded investment giant The Carlyle Group.

The deal, expected to close in the fourth quarter, allows Hilb’s current private equity backer to exit its investment and gives the company a war chest for future growth.

Hilb Group has maintained a steady streak of insurance agency acquisitions since its founding in 2009, closing 76 such deals in that time. That includes 19 deals this year, most recently with its acquisition this month of Avanti Associates in New York.

That streak has led to steady growth in its annual revenues, which for the first time surpassed $200 million this year. Based in Henrico County, the company has more than 900 employees across its dozens of agencies. It has appeared routinely on the RVA 25 and Inc. 500/5000 lists of fastest-growing companies.

Carlyle is the third private equity backer for Hilb, which initially was under New York-based BHMS Investments. In 2015, Boston-based Abry Partners bought a majority stake in Hilb from BHMS. Now, Abry has sold its stake to Carlyle.

Financial specifics of the deal were not disclosed, and neither side would say how the size of the cash infusion from Carlyle compares to the arrangement Hilb had with Abry, which came with more than $200 million in funds available to fuel Hilb’s growth.

Hilb CEO Ricky Spiro, who has been at the helm since 2017 and will stay on under Carlyle ownership, said the deal was fueled in part by ABRY’s desire to exit the investment after four years of growth.

“Abry has owned us for more than four years and it has been a very successful partnership. Our business today is in a fantastic position,” Spiro said. “As such, Abry believes the time is right to exit their investment in the Hilb Group so that we can begin the next chapter of growth and innovation with our new partner, Carlyle.”

Abry’s Brent Stone said in a prepared statement that Hilb acquired 60 agencies during its four-year ownership.

“We are very pleased with the outcome of this investment for our investors and also for Hilb’s management team and employees,” Stone said. “Hilb is very well positioned for ongoing growth and performance as a portfolio company of Carlyle and we wish them success.”

He ran the company until his abrupt exit in 2017. He was replaced by Spiro, who remains in that role and who said he will remain a shareholder in the firm.

It says Carlyle is publicly traded and a private equity firm. How can it be both?

easily? PE is what they do, ownership is traded stock

Huh. I would have thought by definition something owned by a public company was not private equity. You learn something every day.

you are conflating/misunderstanding the terms. Private Equity is a form of investing. Per investopedia” Private equity is an alternative investment class and consists of capital that is not listed on a public exchange. Private equity is composed of funds and investors that directly invest in private companies, or that engage in buyouts of public companies, resulting in the delisting of public equity That’s one of the things Carlyle does. This is a pretty standard example. A completely different question is who owns Carlyle – it’s publicly traded. It could be owned in myriad ways, but that’s how it is. Totally… Read more »