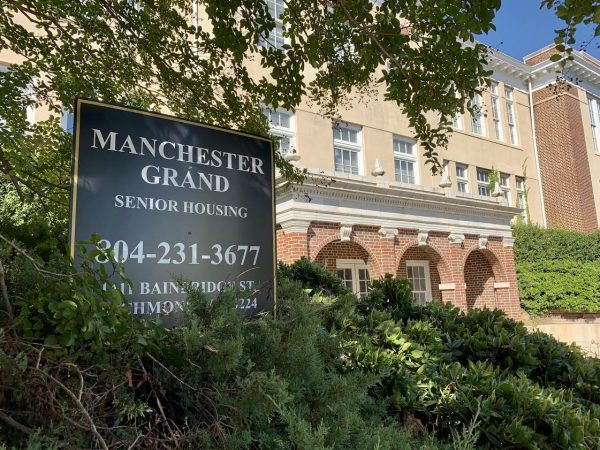 Bullish on Manchester’s multiplying multifamily counts, a New York-based real estate firm has made a third investment in the fast-growing South Richmond neighborhood – and its fifth acquisition in Richmond overall.

“We like Manchester – we see a lot of opportunity in that part of the city,” LeVine said. “Given its location, and what’s happening all over the area, this was a good addition to what we already own in the neighborhood.”

The property most recently was assessed by the city for about $3 million, according to property records.

Manchester Grand is the group’s first community for residents over 60.

Mercer Street’s other Manchester holdings include the South Bank apartments, a 150-unit complex at 307 Stockton St. that the group purchased in July for $23.4 million, and the 139-unit Hopper Lofts at 700 Everett St., which it acquired from prolific South Richmond developer Tom Wilkinson in August 2018 for $14.3 million.

Prior to becoming an independent living facility for seniors, Manchester Grand was the Matthew F. Maury School that was built at the height of the neighborhood’s growth in 1922.

From its inception and into the 1970s, the school enrolled hundreds of neighborhood students in kindergarten through fifth grades, according to Richmond Public School history records. From 1970 to 1974, the campus served as an annex to the former Bainbridge Middle School campus, which is where the Manchester Medical Clinic now sits at 1601 Bainbridge St. Maury School reverted to a K-5 school in 1974.

The school permanently closed in 1979 and was declared surplus property by the city at the time, sitting mostly vacant during a period when Manchester, along with several other South Richmond neighborhoods, was losing residents and industry.

In 2000, Richmond-based nonprofit Southside Community Development and Housing Corp. purchased the 1.9-acre property for $365,000 and rehabbed the former school into low-income senior housing.

Through historic tax credits and low-income housing tax credits, the campus was redeveloped around 2003. It also has been through several name changes and owners.

LeVine said the property needs to be updated, adding Mercer Street is working on a strategy to improve units and gathering areas in the building. The firm also is looking to partner with a local nonprofit to provide financial literacy classes, among other social services and programming, for its residents.

“We’re coming in with the mindset of trying to do things better,” LeVine said. 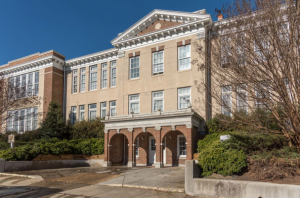 The property, which is wholly one-bedroom units, is about 95 percent occupied, LeVine said.

LeVine said the property would remain geared toward low-income seniors over 60, adding that the low-income housing credits assigned to the project during its redevelopment nearly 20 years ago do not expire until 2031.

Mercer Street’s acquisition included a large surface parking lot fronting Porter Street, which LeVine said they’ll continue to maintain. It’s also mulling ideas for a vacant corner lot on the property that serves as a buffer between Manchester Grand and the Dogtown Dance Theatre at Bainbridge and West 15th streets.

Mercer Street has secured Richmond-based Dodson Property Management to handle leasing and site management. It maintains an office on the site from 9 a.m. to noon on Monday, Wednesday and Friday.

The company purchased The Spectrum, a 103-unit apartment building at 2017 Brook Road near Virginia Union University, in February 2017 for $11.4 million. In December 2017, it acquired a controlling interest for an undisclosed sum in Perry Street Lofts, a 149-unit Petersburg apartment property redeveloped by Wilkinson in 2011.