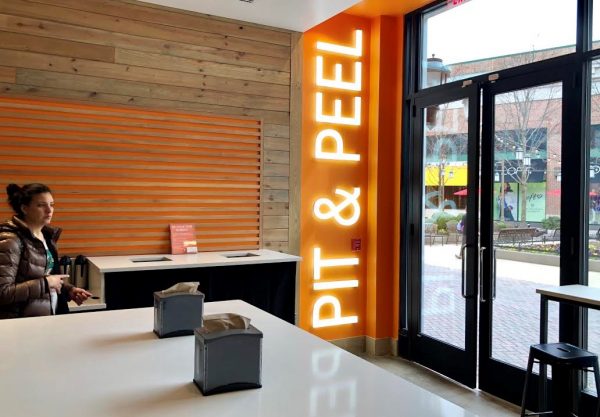 With four Richmond-area locations already open, a local juice bar brand is executing on the next steps of its growth plan.

The Pit and The Peel is finalizing plans to establish a commissary kitchen operation at the Parham North industrial complex at 1600-1640 E. Parham Road. It will serve as a nerve center for preparation and distribution to feed its growing network of stores. 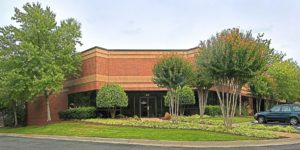 The Pit and The Peel has signed an LOI for space in the Parham North complex at 1600-1640 E. Parham road in Henrico County. (Colliers International)

The store count also is growing, as the chain is close to opening its first location in Hampton Roads.

The commercial kitchen, dubbed The Pit and The Peel Kitchen of Excellence, will take about 4,800 square feet, said owner Craig Brosius, who launched the business with Kevin Urbanowski about four years ago with a location near VCU.

“This is a major step for us,” Brosius said, adding that they’re working to finalize the lease. “We see this kitchen as a major way for us to streamline several operations and improve the experience of our customers.”

The kitchen will employ eight experienced chefs to revamp the chain’s menu with seasonal and year-round items, Brosius said, adding the chefs will oversee the company’s daily meal prep of the stores’ sandwiches, salads, wraps and bowls.

“It’s going to allow us to pull a lot of operations out of the stores, and let us focus on customer service and improving ticket times during peak hours,” Brosius said. “We’re hiring several high-end chefs that have experience in not only replicating our recipes, but (also) making some of their own to help grow our menu offerings.”

While much of the food prep and delivery will be handled in its Henrico kitchen, Brosius said each location still will make made-to-order juice and smoothie orders for patrons, and will continue to offer locally roasted coffees.

The company plans to invest about $750,000 to establish the operation, which includes purchasing three vans to handle distribution.

The Pit and The Peel has grown quickly since establishing its first storefront during summer 2015 at 1102 W. Main St. in the Fan. It has since opened three other metro Richmond locations at 3321 W. Cary St. in Carytown in 2017, The Atrium of the James Center at 1051 E. Cary St. in 2018 and a store in the Dicks’s Sporting Goods concourse at Short Pump Town Center in March. 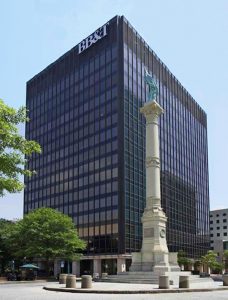 The Pit and The Peel is opening a location in the BB&T building in downtown Norfolk. (Courtesy of Cushman & Wakefield | Thalhimer)

For its first store outside its home market, the group looks to open a 4,600-square-foot location in March 2020 in downtown Norfolk in the BB&T building at 500 E. Main St.

The property is owned by Richmond-based Riverstone Properties and it will be neighbors in the building with locally based coworking brand Gather, which opened a 30,000-square-foot operation there last summer.

“We met with (Riverstone’s) Jeff Galanti, who told us about the space, and after talking with him, we knew we needed to be there,” Brosius said. “It just made sense given how well our James Center operation is doing.”

Their next step in Hampton Roads likely will be a store in Williamsburg, Brosius said. Annie O’Connor, a broker with Thalhimer, is working with The Pit and The Peel in its search.

While a goal of the commercial kitchen is to help to streamline daily operations at its stores, Brosius said it also will serve another aspect of its business: product commercialization.

“That’s another element to the kitchen operation that has been in the plans from the beginning,” he said.

Brosius said the company will look to package and sell its own brand of granola and protein bars at local stores, such as Ellwood Thompson’s and Stella’s. It also plans to make several of its signature juices available for potential wholesale to grocers through a high-pressure juicing process to give them a longer shelf life. 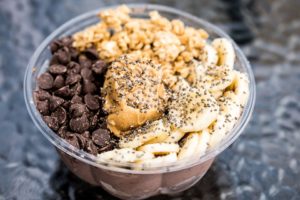 An acai bowl. (The Pit and The Peel)

“This will help us build our brand and allow us to reach new customers,” Brosius said.

The kitchen also would serve as The Pit and The Peel’s headquarters for statewide catering, allowing the chain to fulfill large orders in a part of the region with the highest concentration of business offices.

“The location is perfect for us because we can get to several areas of the state and the area from the kitchen,” Brosius said. “That opens us up to more opportunities and business growth.”

Eventually, Brosius said the group would like to franchise The Pit and The Peel, with its kitchen serving as the focal point for food prep for potential franchisees.

“The end goal is to franchise,” Brosius said. “Having the kitchen helps us get there because we’ll be able to maintain quality, while focusing on customer service and future distribution.”