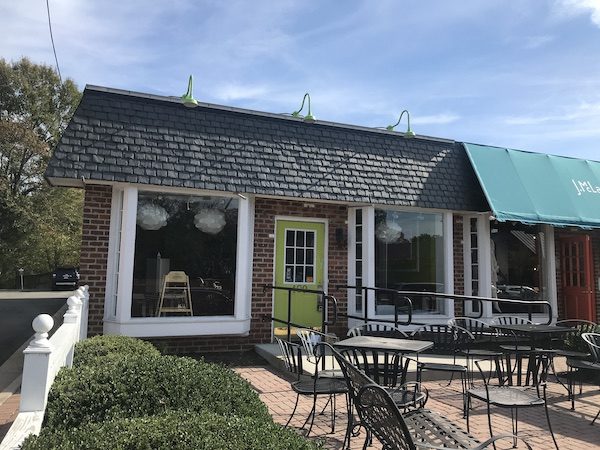 Grit Coffee is taking a space on Libbie Ave. formerly occupied by a Sweet Frog franchise. (Photos by Mike Platania)

After its roommate brewery closed in Richmond over the summer, a new-to-town coffee roaster is leaving downtown for the West End.

Champion vacated the space in August, deciding to close its 3-year-old Richmond outpost while maintaining its Charlottesville operations. That left Grit alone in the 6,000-square-foot building. 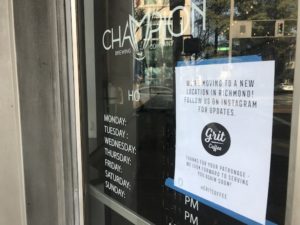 Grit closed its Grace Street location within the last week.

Grit, founded in 2008 as Para Coffee, has four locations in Charlottesville and one in Crozet. It closed the Grace Street shop earlier this month and alluded to a new Richmond location being in the works through a sign in its window.

The company this week finalized a lease for the Libbie Avenue property, a 1,300-square-foot storefront left vacant by a Sweet Frog franchise that closed in late summer.

Calls to Grit Coffee ownership were not returned by press time.

Thalhimer’s Alex Wotring had the listing on the Libbie property.

With Grit leaving downtown, 401 E. Grace St. is vacant. Prior to Champion moving in in 2016, the building was home to Aurora Restaurant.

Also in the Libbie-Grove commercial corridor, Kambourian Jewelers recently relocated to the area from Carytown, while Om On Yoga, just a block down from Grit on Libbie, is preparing to close.