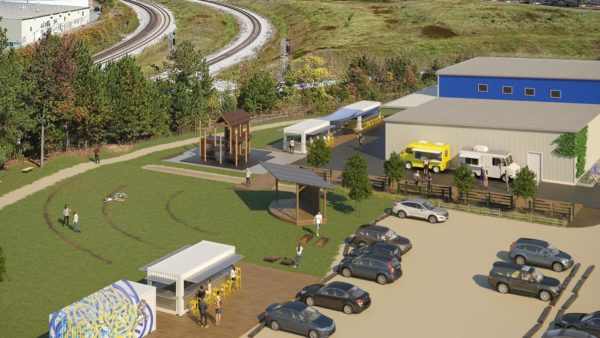 Several picnic tables, hammocks and open space will be incorporated into a new winery and restaurant concept planned for 1708 Belleville St. (Rendersphere)

Two developers are teaming on a project to satisfy Scott’s Addition’s growing appetite for new dining, booze and open space.

Snipes Properties announced Friday that it has partnered with Spy Rock Real Estate to redevelop a 1.5-acre site at 1708 Belleville St. into the neighborhood’s first winery, a project that also will include a restaurant and park space for people and their pets.

Through its 1708 Belleville LLC, the group purchased the site Nov. 5 for $2 million, according to city real estate records. It most recently was assessed by the city for $994,000. 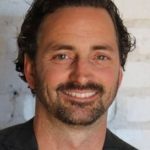 “Scott’s Addition desperately needs park space,” said Carter Snipes, owner of Snipes Properties. “When we formed this partnership, we wanted to devise a plan that would enhance the winery and restaurant amenity we plan to bring to Belleville Street while delivering a much-needed amenity to the neighborhood.”

A name for the project is under development, Snipes said, with an opening date set for spring 2020.

Snipes and Spy Rock have been pivotal local players in the booming neighborhood. Snipes redeveloped The Hofheimer Building, where he installed HofGarden restaurant and rooftop bar at 2816 W. Broad St. Spy Rock’s resume in the neighborhood includes the redevelopment of the former Symbol Mattress site at 1814 Highpoint Ave.

Snipes said his company and Spy Rock are 50-50 owners of the real estate, which currently houses a two-story, 9,000-square-foot building that formerly was used by Groovin’ Gourmet before its move to Henrico County this year. 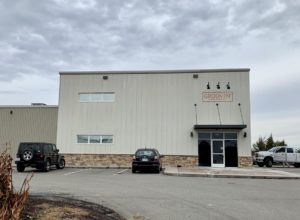 The partnership plans to invest about $750,000 to overhaul the building and its surrounding property through a mix of private and Opportunity Zone financing.

Virginia Commonwealth Bank is providing financing for the development.

Opportunity Zones enable real estate developers to pool together tax-advantaged funds from investors as an alternative way to complement traditional financing. About 212 Opportunity Zones, including all of Scott’s Addition, were created in Virginia, according to the Virginia Department of Housing and Community Development.

Richmond-based RiverWest Contractors is the general contractor, Snipes said. Studio Z is the architect and PermitZip is the engineer. Rendersphere created the site renderings for the project, while the interior design is being handled by Virginia Beach-based LFK Studio. Brand development for the project is being done by local designers Kevin Power and Rob Wooten.

“This is something that, quite honestly, is long overdue for Scott’s Addition,” Snipes said. “The neighborhood has drastically changed with more people and businesses moving in … it needs a main gathering area, and we feel this concept delivers on that.” 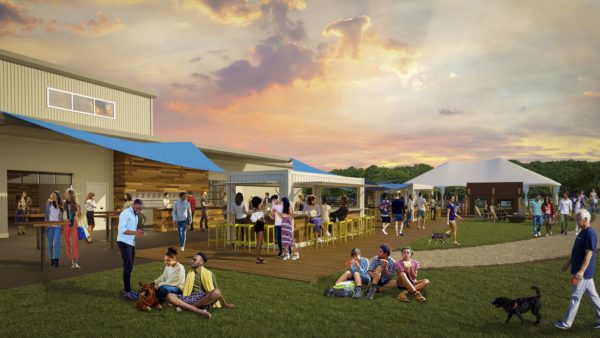 A new winery, restaurant and park space are planned for a 1.5-acre site at 1708 Belleville St. (Rendersphere)

Tucked away along the western fringes of Scott’s Addition, the Belleville site’s boundary is lined with mature pine and cedar trees, along with several brambleberry bushes, making it seem like more of a campground than a former distribution center.

“That’s one of the reasons we liked the property,” Snipes said. “It doesn’t seem like you’re in the city … it gives us the opportunity to create an environment for surrounding residents, families and visitors.”

While the site lends itself to more involved residential and commercial development under the city’s mixed-use B-7 zoning, Snipes said the site’s location and natural amenities prompted the group to focus on what already exists on the site.

“What was already in place was perfect for what we were wanting to do,” Snipes said.

Plans call for the site to include 40 parking spaces, separate play areas for children and pets, grassy areas for group gatherings and picnics, picnic tables and hammocks, and a fire pit area. The group also is exploring adding a few bee-keeping pods along with small gardens to the property.

The 9,000-square-foot warehouse and distribution center is being gutted to make way for the winery, which will include its own barrel system, along with the restaurant. The 3,000 square feet on the second level are being converted into office space.

Bobby Kruger, co-owner and general manager of The HofGarden rooftop bar and restaurant at 2818 W. Broad St., is partnering with the group to finalize details about the wine and restaurant concept. While a principal winemaker has been retained, Kruger would not disclose the name of the winemaker or further details.

“I have been wanting to do a wine concept for a long time and I have a great local craft winemaker we’re really excited about bringing on to our team,” Kruger said. “It’s one of those ‘hurry and wait’ things, but we plan to deliver a great concept for the neighborhood.”

Since most agricultural uses are banned in the city, Kruger said the site won’t include a vineyard.

As part of the winery and restaurant concept, Kruger said the team is working with ABC to retain a license that would allow for patrons to purchase food and drinks at the site, and to wander the property to consume.

“That’s a big part of this,” Kruger said. “We see it as a major draw for the winery and restaurant.” 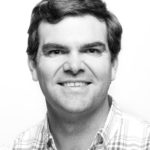 Several old rail spurs dating to the 1930s are also located on the property, which Spy Rock principal Andrew Basham said are planned to be converted into walking and bike trails that eventually could wind through the neighborhood and over to the Science Museum of Virginia along Broad Street.

“We’re working with the city to develop a multi-use trail along the abandoned rail spur that borders Scott’s Addition, and this property could be an anchor to that,” Basham said. “If we can get the right support from CSX and the city, I think this site can truly function as a neighborhood park.”

To provide more natural buffers to the property, Snipes and Basham have identified 0.3 acres next door at 1710 Belleville St. as a possible acquisition site. However, the site is owned by CSX and is not on the market.

The two hope to persuade the railroad conglomerate otherwise. 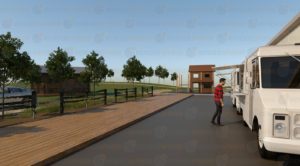 Developers Snipes Properties and Spy Rock paid $2 million for the property and are eyeing 1710 Belleville St. to possibly turn the 0.3-acre site into a dog park. (Rendersphere)

“We see that site as an opportunity, maybe even a joint partnership with the city, to make that park space,” Snipes said. “We have identified it as ‘Spots Addition,’ a dog park, to further tie into the project.”

At the moment, the development site is accessible mainly via Carlton Street since the Belleville Street frontage in front of the property is an unpaved roadway.

“We added some gravel to it to make it somewhat drivable, but it’s really going to take some effort and work with the city to get it paved,” Snipes said. “If we can’t get it paved by the city, (our group) and Ironwood Automotive next door have been looking into ways to pave it ourselves … but it’s important to get this street addressed as soon as possible.” 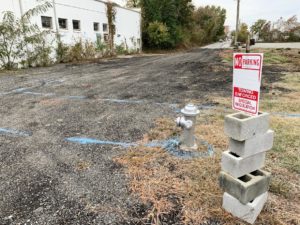 Aside from connecting Belleville Street to Carlton Street, Snipes added the group would like to see sidewalks and better street lighting go up along the thoroughfares.

Investors appear to be growing bullish on Belleville Street, which for decades was a den for industrial and warehousing operations.

Since August, three transactions have occurred along the unfinished thoroughfare.

Read Goode, a broker with Divaris Real Estate Inc. who represented the buyer during that transaction, said the owner is mulling ideas for the site, which includes possibly converting the former warehouse into a restaurant. However, Goode emphasized nothing has been finalized.

Meanwhile, Ironwood Automotive closed on the purchase of the former Cosby’s Automotive Service site at 1704 Belleville St. for $490,000 in August, according to city property records.

“It was really bound to happen,” Snipes said. “Scott’s Addition is marching on.”

Nice Project. It will be interesting to see what ends up at the Riverside Brick property next door, where I gather options are being explored

“The group also is exploring adding a few bee-keeping pods along with small gardens to the property.”