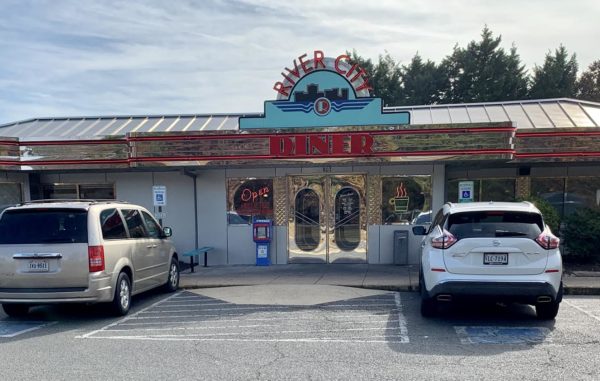 The River City Diner building at 803 E. Parham road would be razed for the redevelopment of a Dash In-branded convenience store, fueling station and car wash. (J. Elias O’Neal)

Correction: An earlier headline incorrectly stated that the diner site was not included in the Dash In plans.

The owner of a Maryland-based convenience store chain is looking to redevelop and expand one of its Richmond-area locations in a project that would displace a neighboring restaurant.

The property includes the adjacent River City Diner and a Shell gas station near the Parham Road entrance to the Super Walmart-anchored Northpark shopping center, on the east side of Brook Road. 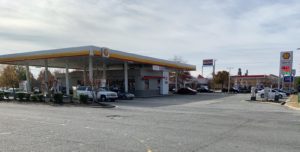 The restaurant building and the gas station would be razed and replaced with a 3,900-square-foot Dash In store with 44 parking spaces, according to site plans. A separate fueling station for 16 vehicles and a 2,300-square-foot, two-vehicle automated car wash also are planned.

The neighboring Quality Inn North hotel at 801 E. Parham Road is not included in the project.

The redeveloped site would be accessible via Parham Road and the Northpark shopping center entrance, though the fueling station and convenience store no longer would be in a joint building, which could help ingress and egress. 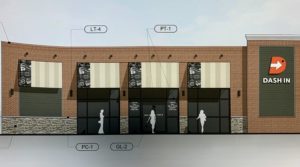 The Henrico County Planning Commission is scheduled to review the plans at its Dec. 11 meeting.

A timeline and cost estimate for construction were not reflected in the plans. A call to Wills Group Inc., the company that owns the Dash In brand, was not returned Thursday afternoon.

Richmond-based firm Rummel, Klepper and Kahl is listed as the project’s site engineer, while Baltimore-based BCT Architects is designing the building, according to the plans. A general contractor was not listed.

Robert Ball Jr., whose family business — Parham Oil Master LLC — has owned the property for decades, said he is preparing to execute a long-term lease agreement with Wills Group. Ball said the family first developed a Howard Johnson on the site of the River City Diner restaurant, and a Texaco gas station where the Shell station sits, in 1966. 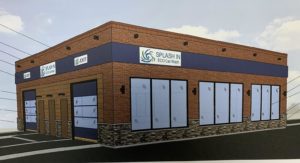 Splash In Eco Car Wash is planned for the property. (BCT Architects)

The fate of the River City Diner location was unclear Thursday. The restaurant’s owners said they were not prepared to comment about their plans in light of the project.

Plans did not indicate whether the new gas station would continue under the Shell brand or another operator.

Dash In operates about 60 locations across Maryland, Delaware and Virginia, including three other metro Richmond locations in Mechanicsville, Midlothian and along Staples Mill Road in Henrico.

So it’s going to be razed or not? The headline is different than the article