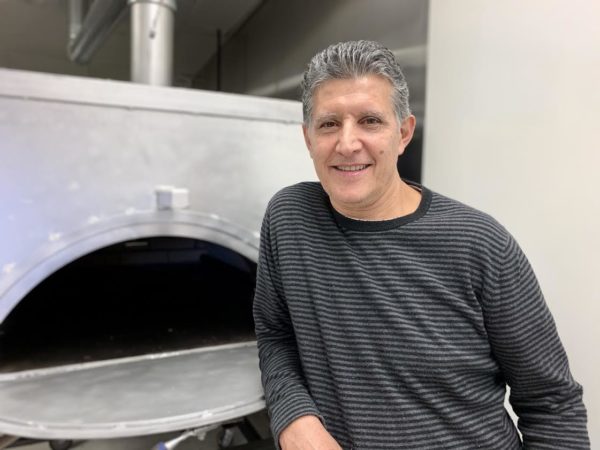 A Henrico commercial district known more for its Vietnamese and Chinese eats is adding a new flag to its spread of international restaurants.

Lebanese Bakery is taking over the former Little Caesars space in the Tan-A-Plaza Shopping Center at 6215 W. Broad St., near the intersection of Horsepen Road and Broad Street. 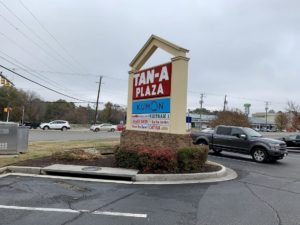 The Tan-A-Plaza Shopping Center anchors a section of Henrico that’s becoming a go-to for international restaurants and retail.

Owner Rabih Al-Aawar said he hopes to open in mid-December.

“I’ve always wanted to bring my bakery here,” Al-Aawar said. “I want people to have a taste for something different, something that’s good and made fresh here every day.”

Al-Aawar said not to think of his location as a traditional bakery. Rather, he envisions the space to be a gathering place where patrons can not only get their fill of Lebanese sweet treats and breads, but also a variety of traditional dishes and spreads for breakfast, lunch and dinner.

“We’re going to offer it all,” Al-Aawar said. “People will be able to get any kind of Lebanese food they like, any time they like.” 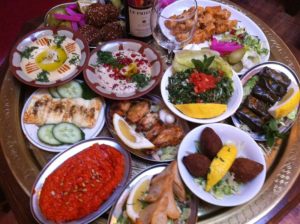 Al-Aawar said he plans to sell 25 different baked goods and several traditional Lebanese cuisines, including mojadara, which is prepared with cooked lentils, grains and rice, and garnished with sautéed onions; and manakesh, which is comprised of dough topped with thyme, cheese or ground meat.

Other items to be sold include hummus and baba ganoush, Al-Aawar said. He added several items, mainly rolls and breads, will be prepackaged and frozen for patrons to purchase at the store and cook at home.

He’ll also try to appeal to the dinner crowd with specials such as beef and chicken shawarma. 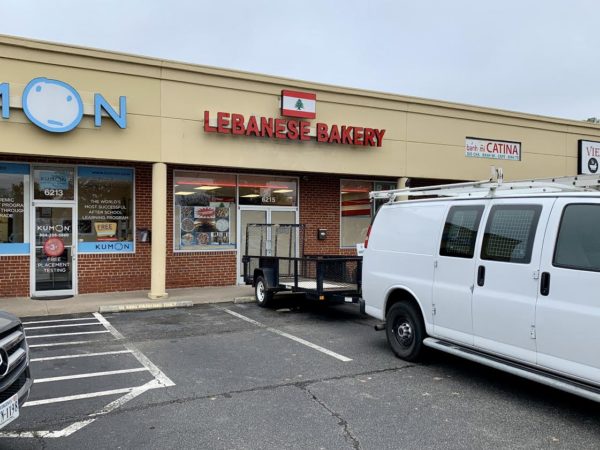 Al-Aawar first established Lebanese Bakery in his home country of Lebanon more than 20 years ago. It had multiple locations in the mountainous region of the country, including in Beirut, the capital.

“It’s a family business,” Al-Aawar said. “Everything that we do is for and from the family.”

After selling a few of his establishments in Lebanon, Al-Aawar immigrated to the U.S. in 2000. He moved to several locations across the country before going back to Lebanon to bring his son Nizar, and daughters Nour and Noura, to settle with him in Henrico.

“I wanted them to be here because I knew they would receive a great education,” Al-Aawar said.

Several of the recipes that Al-Aawar plans to use at Lebanese Bakery have been passed down to him, with some dating back more than 100 years. He wants to pass along several to his children.

Al-Aawar is planning to invest about $150,000 in the 1,600-square-foot location, including costs for baking and cooking equipment imported from Lebanon and assembled at the location.

Lebanese Bakery will seat about 20 people. It will be open from 8 a.m. to 8 p.m. daily for dine-in and carry-out, Al-Aawar said. He said the location also will take catering orders for pick up, and is looking into third-party delivery service in the area.

Terry Earnest with Chesterfield Commercial Realty represented the landlord during the lease transaction.

With Lebanese Bakery in place, the Tan-A-Plaza retail center, which is anchored by the Tan-A Supermarket and the Vietnam One restaurant, is 100 percent occupied.

Al-Aawar said it was fitting for him to open his first U.S. business in Tan-A-Plaza, a retail center located in an area known regionally for its international restaurants and businesses.

“It’s a great location with great access,” Al-Aawar said. “There’s a lot of traffic that comes into this shopping center, so we hope to draw them in with something different.”

Al-Aawar is searching for a site for a second restaurant in Henrico, mainly in the Innsbrook or Short Pump area.

“The growth is heading out in that direction. There’s also a diverse population living and working there,” Al-Aawar said. “It just makes sense to have another location out that way.”

I just noticed it while getting some banh mi at the place a few doors down (would recommend). I look forward to it

I was so excited when I saw the sign go up. Can’t wait for it to open. 🙂