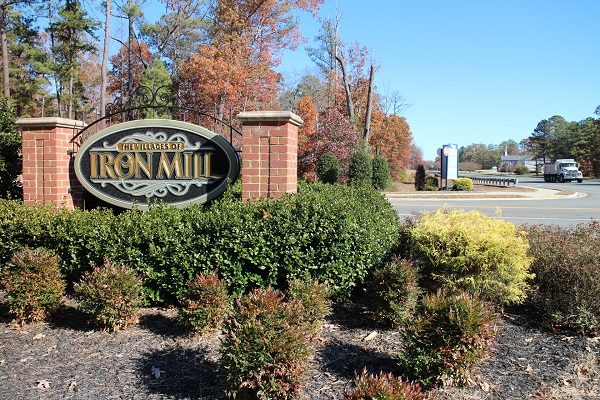 The bulk of an unfinished neighborhood in the heart of Chesterfield County is being put up for sale after falling into foreclosure.

The foreclosure does not include a completed first section of townhomes. 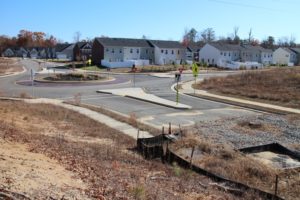 Unfinished sections are visible in the neighborhood.

A public notice states the sale is prompted by a default on debt payments. The noteholder is Atlantic Union Bank, which provided a credit line in 2006 to the Wilton entity.

The auction will be held at 11:30 a.m. at the entrance of the Chesterfield County courthouse. Christian & Barton attorneys R. Gaines Tavenner and Christopher Gill are conducting the sale as substitute trustees.

A call to Wilton was not returned Monday.

Wilton started developing the site in the mid-2000s, ahead of the Great Recession. Planned as a mix of townhomes and age-restricted homes, Iron Mill was approved in 2005 for 279 homes overall. By mid-2017, 61 of those homes had been built, according to county documents.

Reston-based Ryan Homes completed an initial section, called the Villas at Iron Mill, consisting of homes with first-floor master bedrooms and priced in the $200,000s. A sign at the entrance to Iron Mill states the section is sold out. A community building and pool also were built.

Bidders participating in the sale are required to pay a $100,000 deposit or 10 percent of the sale price, whichever is less.

Wilton for years was the head of The Wilton Cos., the family namesake real estate firm started by his father E. Carlton Wilton. He stepped down as the firm’s chairman in late 2012 after declaring bankruptcy in 2010.

He has remained active in real estate with a new business, Wilton Acquisition, whose holdings have included two sites that were sold to other developers: the 15-acre Wistar Glen site being developed by Stanley Martin Homes, and nearly 100 acres near Centerville where Main Street Homes is planning 157 houses.