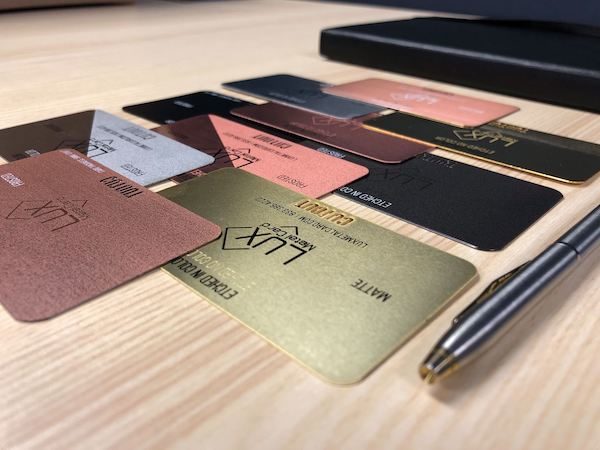 It’s out with water bottles and in with high-end business cards for a local entrepreneur who’s built a career selling custom gifts and keepsakes. 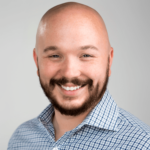 He attended Old Dominion University and Reynolds Community College after graduating from Lee Davis High School in 2009. He said once out of college, he wound up selling Cutco knives.

“It has that stigma and has all the college students working for it … but I couldn’t get a job anywhere else,” Leach said of Cutco.

He said he avoided its recruiting side and instead focused on learning how to be a salesman.

Leach said he got the idea for Stratos after seeing a Cutco custom knife program and thought there was a market for other closing gifts, particularly for real estate agents that give gifts to clients.

He said he found an engraved canteen manufacturer, had a few made for a friend who was a real estate broker, and it proved popular. He put $10,000 of his own money into starting Stratos in 2015 and it took off. 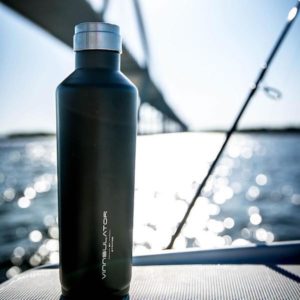 Stratos, a locally-based water bottle company, was sold in September.

“That style of bottle was at its height, so we just jumped on that train, but we could brand it. The other (bottle companies) were only doing branded items for like over 100 at a time,” Leach said. “We could do 10 at a time for real estate agents. That’s why we were able to get so many people to get on board.”

Four years later, Leach said he decided to sell Stratos this fall in part because it was so reliant on the real estate industry.

“I didn’t want my sole income to rely on real estate agents,” he said. “Because if (the housing market) drops, the first thing they’ll do is spend less money on gifting.”

Leach’s shift from water bottles into high-end business cards started in 2017, when an agent ordered a small number of bottles for a Porsche dealership in Northern Virginia.

Leach said he’d gotten some metal thank-you cards with Stratos branding on them to send to people, and sent one to the Porsche dealership.

“I sent one, just kind of introducing myself,” Leach said. “And Porsche said, ‘Wait, you’re sending us a metal thank-you card for a water bottle we didn’t even buy, and people are buying $80,000 cars from us and all we’re giving them is a handshake and a keychain,’” Leach said.

“They asked where they can get some of those. I was like, ‘Oh, I can help you with that.’”

Shortly after, Leach founded Lux Metal Card along with his business partners James Crittenden and Cody Leeper. The company is based at 4191 Innslake Drive in Innsbrook, sharing a 1,300-square-foot office space with Fresh Move Media, a digital marketing agency that Leach and Crittenden also own. 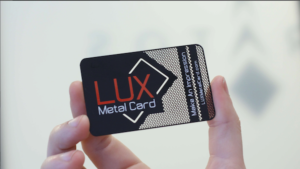 “Unlike a paper card that’s just an afterthought, every single time you hand someone a metal card, when you have that second conversation, they remember it. It’s a great icebreaker and conversation starter,” he said.

“It comes from the everyday small business owner — financial advisors, lawyers, plumbers, electricians. We’ve got a lot of trade people doing it to make themselves stand out,” he said.

Thank you for sharing another #RVA success story RBS. Congratulations to Ryan and his partners for showing what happens when innovation intersects with a solid work ethic and a learning mindset. Keep up the excellent work. Focus. #deliver.