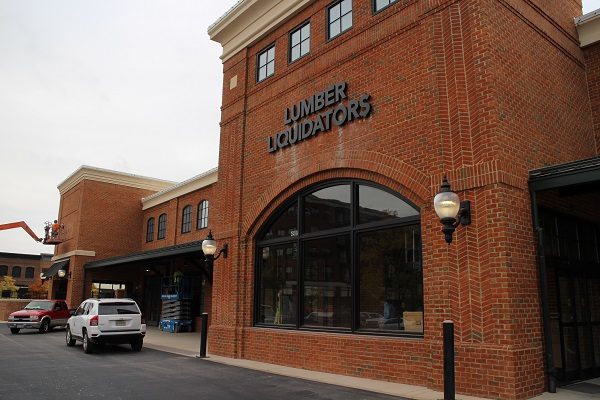 Weeks after a judge ruled in its favor that the case couldn’t be immediately dismissed, soon-to-be Henrico-based Lumber Liquidators has resolved its legal dispute with a rival company run by the retailer’s founder and former CEO.

A settlement was reached this month in Lumber Liquidators’ lawsuit against Cabinets To Go, a retail chain led by Thomas Sullivan.

Sullivan launched Lumber Liquidators in New England in the mid-1990s before moving the publicly traded wood flooring retailer to Toano. The company is relocating its headquarters to the Libbie Mill Midtown development in Henrico.

Sullivan launched Cabinets To Go around 2008, while he was still chairman of Lumber Liquidators, as well as one of its largest shareholders and still technically on its payroll as an employee. 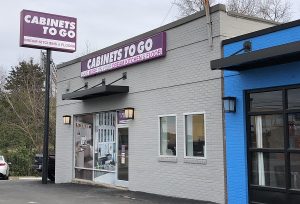 The two companies struck an agreement in 2010 that prevented CTG from directly competing with LL, mainly by agreeing not to sell wood flooring for 10 years.

But nine years later, LL filed the lawsuit in Henrico County Circuit Court, claiming that CGT had begun selling wood flooring, in violation of the agreement.

The lawsuit sought $10 million in damages and was moved earlier this year into Richmond federal court, where CTG filed its response that the agreement was no longer valid and the case should be dismissed.

A judge in early November disagreed, setting the case on a potential path to trial. But a few days later, both sides told the court they had reached a settlement, terms of which were not disclosed publicly in court records.

The case has since been dismissed. CTG continues to sell wood flooring, according to its website.

Requests for comment sent to Lumber Liquidators and Cabinets to Go were not returned Monday afternoon.

Michael Lacy of Troutman Sanders in Richmond represented LL in the case.

The lawsuit was the latest collision between LL and Sullivan.

CTG had previously said that the lawsuit was an attempted retaliation to a suit filed by Sullivan’s F9 Properties LLC against Lumber Liquidators in February in James City County, related to an alleged breach of lease and seeking $6 million in damages.

And earlier this month, Sullivan began increasing his stake of LL stock, in an apparent effort to pursue a buyout of the company and potentially combining it with CTG.

News of his stock purchases drove up LL’s share price, prompting Sullivan to sell more than 1 million shares, netting him nearly $5 million in one week, according to a Bloomberg report. He then abandoned the supposed buyout attempt.

Lumber Liquidators has 400 locations nationwide. The company is moving into its new Libbie Mill home, the 53,000-square-foot former Southern Season building at 4901 Bakers Mill Lane. The company will house more than 200 workers in the building.

Cabinets To Go has grown to 60 retail locations, including one in Richmond at 2305 Westwood Ave., and a large distribution facility in Tennessee.

Sullivan buys LL stock to run up the price and sells it for a $5mil profit, then immediately settles the lawsuit. I wonder where he found the funds to settle? Seems like the SEC should be looking into the stock run up caused by Sullivan.