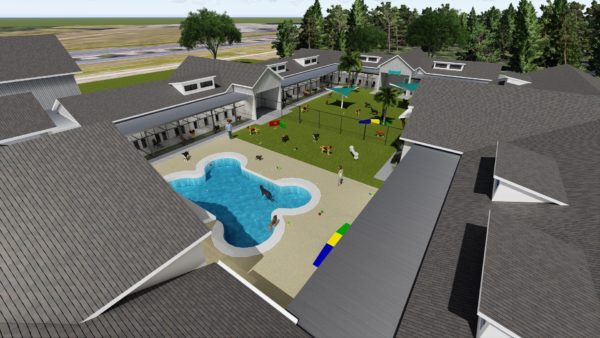 Not to be outdone by their furry friends in Henrico, canines in Chesterfield are about to get their chance at the bone-shaped swimming pool treatment. 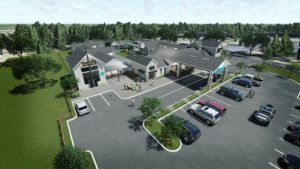 Florida-based Pet Paradise is planning to construct a similar facility in along Williamsburg Road in Henrico County and next door to the Costco in Chesterfield.

It would be the second Pet Paradise in the works in metro Richmond. The company filed plans in September to construct a 15,300-square-foot, 182-unit complex on a 2.9-acre lot at 4101 Williamsburg Road in eastern Henrico County. It also has an existing location in Charlottesville.

Brian Franco, Pet Paradise vice president of real estate, said Friday the company is under contract to purchase the Williamsburg Road tract and the Chesterfield site for an undisclosed amount.

Franco said Pet Paradise plans to invest about $5 million total, or roughly $2.5 million for each location. The company hopes to open both facilities by the second quarter of 2021.

Plans for both are under review by Chesterfield and Henrico planners, Franco said.

Much like its future Henrico operation, the Chesterfield location would include climate-controlled kennels, seven of which have been set aside as VIP suites, providing premium caretaking services, and including auto-refilling water stations and raised beds. 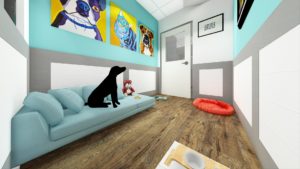 The planned Pet Paradise for Chesterfield and Henrico will each include seven VIP (Very Important Pet) rooms.

“Of the seven units, six will have indoor and outdoor access with a little patio area,” Franco said.

About a dozen “cat condos” with window ledges, cat trees and scratching posts also are in the plans, Franco said.

Other amenities include a separate area for dogs under 30 pounds, a vet clinic offering weekly medical care, grooming stations and a dog park day camp.

A general contractor for the new facilities has not been selected, Franco said.

The Chesterfield site is accessible from Koger Center Boulevard via an unnamed thoroughfare between the proposed operation and Costco.

The company is not related to a regional retail pet store chain that operates under the same name in Hampton Roads and the western half of the state.

Boarding rates vary by location and availability, according to its website, but daily rates, depending on kennel size, type of animal and services, start around $34 a day for dogs and about $20 for cats.

Franco said Pet Paradise was drawn to the region mainly for two things: Richmonder’s expendable income with which to pamper their pets, and access to regional destinations, such as Richmond International Airport and Chesterfield Towne Center, that appeal to travelers both local and from afar.

“The demographics are very attractive in Richmond, which makes its appealing for us to grow in the area,” Franco said.

He said Pet Paradise is looking to expand its reach in Virginia, specifically metro Richmond and Northern Virginia.

“We like the area,” Franco said. “Richmond is growing and it fits nicely into our business model.”

Holiday Barn Pet Resorts is 1.6 miles from this site. They have the bone pool. Climate control. Dogs, cats and more. Training, boarding….They are great! Do we need another so close together? Any comment from them??

I noticed there is another similar business even closer that you didn’t mention. Dogtopia.

Perhaps this will make the pricing be more competitive.