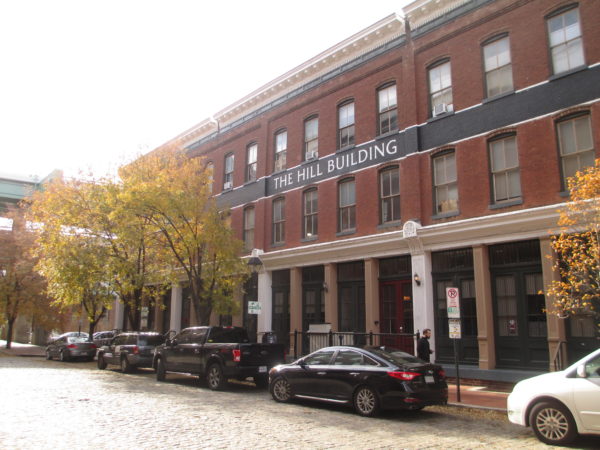 Through a chance encounter and a 1031 exchange between two generations of Richmond property owners, one of the oldest buildings in Shockoe Slip and among the first to be converted to apartments has changed hands in a multimillion-dollar deal.

The W.R. Hill Building at 114 Virginia St. sold Oct. 23 for $8 million. The 48-unit, nearly 30,000-square-foot building on about a quarter-acre at Virginia and Canal streets most recently was assessed by the city at $5.4 million.

The buyers are married couple Steve and Rachel Whitlow, who purchased the building through an entity called Canterbury Townhouses LC, according to property records. The entity is registered with the State Corporation Commission to Howard Whitlow, Steve’s father.

One South Commercial’s Lory Markham represented Salomonsky in the deal. One South’s Tom Rosman and Ryan Rilee represented the Whitlows.

Steve Whitlow, who over the years has owned residential properties in Richmond and Hopewell, said the transaction came about through a recent chance meeting with Salomonsky, who worked for years decades ago with Steve’s father, then a lender with Dominion National Bank.

Whitlow, who recently unloaded an apartment property in Hopewell through a 1031 exchange, said he was looking for Richmond properties to pick up with the profits when he ran into Salomonsky at a downtown restaurant.

“Louis has known of me my entire life, practically, and many years later, I never had any idea that I’d have the opportunity to do a deal with Louis,” he said. “It’s been an incredible experience.”

The 1031 involved the 104-unit Canterbury Townhouses apartment complex in Hopewell, which Whitlow said his family had owned for 22 years. While he’s owned several properties in Richmond before, Whitlow said the Hill Building is his biggest purchase in the city to date.

A 1031 exchange is a process that allows buyers to reinvest proceeds from a previous real estate deal without tax consequences. Typically, it involves using proceeds from the sale of one property to purchase a comparable investment property, allowing for deferment of capital gains taxes.

Whitlow said the scenario allowed him to work a deal with Salomonsky before the building officially hit the market. Salomonsky said it sold at what would have been the list price. 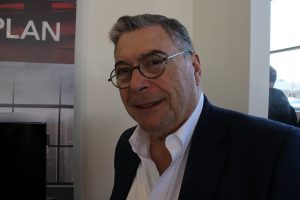 Noting his history with Whitlow’s father, Salomonsky said: “That was a good relationship through thick and thin, and he asked me to walk Steven through how he could do a tax-free exchange from his project in Hopewell in something in downtown Richmond.”

Salomonsky, who purchased the Hill Building in 1986 for $550,000, said he decided to sell the 19th-century structure to drum up capital for other projects. His real estate portfolio with Historic Housing partner David White is extensive across Richmond, and the firm has been active of late with new-construction projects, such as their Scott’s View towers in Scott’s Addition.

“We decided to liquidate to invest in another opportunity,” Salomonsky said of the Hill Building deal. “We’re selectively selling our smaller projects to invest in larger projects.”

Salomonsky said the building was the first in the Shockoe Slip area to be converted to apartments.

“It was the first one, so it was hard to get banks to lend on it,” he said. “It rented up instantly, to the surprise of all the banks. It was the start of apartments downtown.”

Built in 1878, the three-story building is notable for its cast-iron shop front extending across 20 store bays, produced by Richmond architectural ironworker Asa Snyder, according to a history of the neighborhood by the National Park Service. In recent years, the building has housed offices for businesses.

Consisting of one- and two-bedroom studios and lofts with varying floor plans, the building was fully leased at the time of the transaction. Monthly rents range from $1,100 to $1,500 for floor plans ranging from a few hundred square feet upward.

Whitlow said he is putting about $30,000 into the property, which he described as “turnkey” and fully renovated. He said upgrades have been made to the lobby, and he plans to put in a fitness center next year.

The building is the latest sale for Salomonsky, who has been unloading some of his older properties in recent years. Last year, he sold the Verizon store-anchored Lombardy Lofts apartments complex at 613 N. Lombardy St. for just under $3 million.