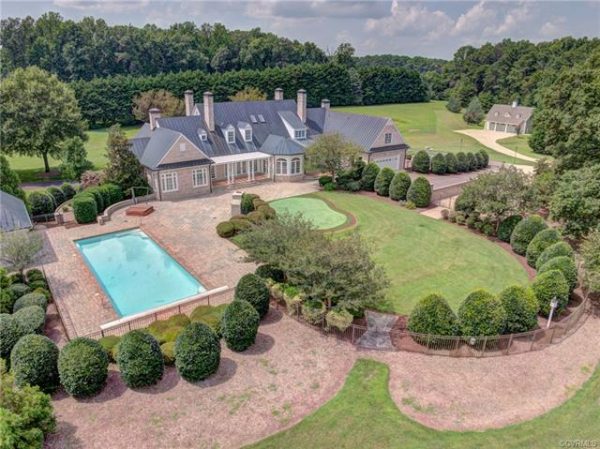 In the same 12-month period that saw the long-anticipated sale of what for years had been the highest-priced listing in metro Richmond, the year in high-end residential real estate saw another multimillion-dollar purchase snag the top sale for 2019, coming in just days before the year would come to a close.

That sale, at $3.47 million, took the top spot from what otherwise had been the top contender for the list: the 16,000-square-foot River Run Manor, which, with its sale this summer, is entering a new chapter. After five years on the market, a brokerage switch and multiple price adjustments, the 60-acre estate built by Richmond’s Massey family is now slated to become a wedding and events venue.

But the so-called Massey mansion, and the house that denied it the No. 1 spot, weren’t the only notable listings to secure multimillion-dollar deals this year. In fact, more than half of this year’s top sales cracked the $2 million mark, according to data from the Central Virginia Regional Multiple Listing Service and BizSense coverage.

Here is this year’s list of the priciest home sales in and around Richmond. Because of two ties on the list, it starts at No. 9 but totals 11 sales: 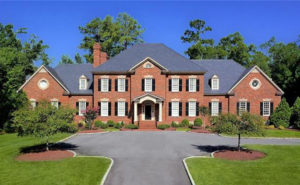 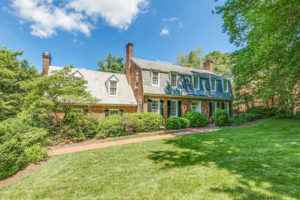 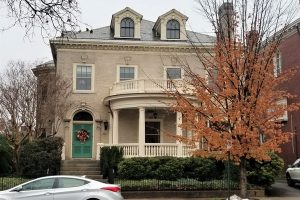 Selling twice in two years, the nearly 6,000-square-foot Colonial Revival, brought in $270,000 more than when it sold in June 2018. Tiffany Stevens with Coach House Realty listed the five-bedroom, 5½-bathroom home, while Chris Small with Small & Associates represented the buyer. 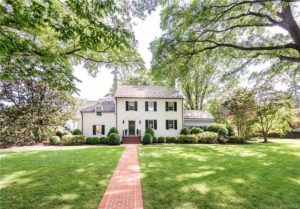 The 5,600-square-foot colonial in Richmond’s Windsor Farms sold above its May list price of $1.59 million. Totaling five bedrooms with three full bathrooms and three half-baths, the house had Long & Foster agents working both sides of the deal, with Margaret Wade representing the seller and Cabell Childress representing the buyer. 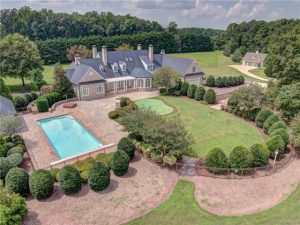 Totaling 10,800 square feet on 13 acres in the heart of horse country and beside Hermitage Country Club , the five-bedroom house with seven full bathrooms and two half-baths topped area sales in February, coming in below its August 2018 list price of $2.5 million. It was listed by Long & Foster’s Pam Diemer, who also represented buyer Patricia Giles. 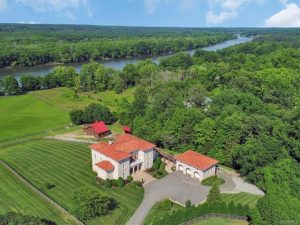 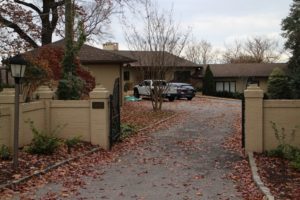 The 3,600-square-foot house overlooking the river on a bluff beside the Boulevard “Nickel” Bridge lined up a buyer ahead of a broad listing. Local auctioneer Mark Motley, who purchased his own house nearby last year, coordinated the transaction with Joyner’s Monica Maney. Joyner’s Rob Harris represented the seller. 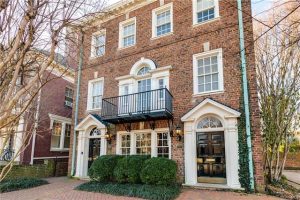 The second house on the list to sell twice in consecutive years, the 6,300-square-foot home led April sales, selling at the same price it went for months before, when Jimmy Wheat III bought it in December 2018 from Cabell and Patti Harris. The home went back on the market the following month, with Steele Group’s Anne Chewning handling the listing. The buyer was represented by SRMF Real Estate’s Scott Shaheen and Scott Ruth. 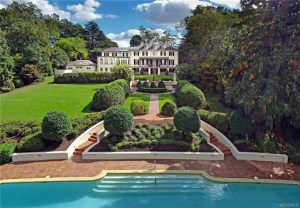 Totaling 12,000 square feet on 2 hillside acres, the six-bedroom house with seven bathrooms and two half-baths came in just shy of $3 million, below its original list price of $3.75 million. Joyner Fine Properties worked both sides of the deal, with Richard Bower and Lynn Pritchard representing the seller and Karen Stephens representing the buyers. The nearby 1215 Rothesay Circle sold in April for $1.49 million, while the neighborhood namesake Rothesay mansion was last year’s top sale at $3.7 million. 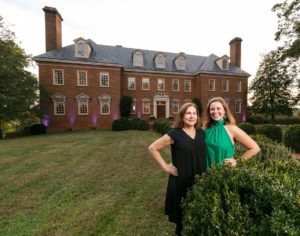 The 16,000-square-foot River Run Manor went under contract in June after nearly five years as the priciest listing in the region. Steele Group’s Bo Steele and Debbie Gibbs had the listing, which they took over in early 2018. The group that bought it is planning to turn the 60-acre estate into a wedding and events venue. The buyers were represented, respectively, by Darrell Bowman with Coldwell Banker Vaughan & Co. and Susan Morris with Keller Williams Midlothian. 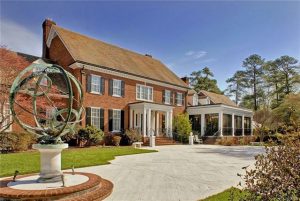 Selling just before 2019 came to a close, the 13,600-square-foot Clear View mansion claimed the top sale of the year with its Dec. 20 closing at $3.47 million. The two-story colonial at 5901 River Road, on 5-plus acres across from the Country Club of Virginia, was listed in March at just under $4 million before coming down in September to $3.75 million. Joyner’s Richard Bower had the listing, and Page Londrey with Let Properties represented the buyer.

With Clear View and River Run Manor no longer in contention, eyes remain on several other multimillion-dollar listings that could find new owners in the New Year.

Among them: Fairfield, a 10,000-square-foot mansion in western Henrico that hit the market last year and remains for sale with an asking price of $4.39 million.

The for-sale-by-owner “Tiara” mansion at 5511 Cary Street Road was recently taken off-market but is set to return early next year. The colonial revival with prominent two-story portico was being offered without an asking price.

Nearby, 5111 Cary Street Road was listed in October at $3.15 million, around the same time the nearly 7,800-square-foot 1825 Monument Ave. hit the market at $2.15 million. Two 12,000-square-foot homes on opposite ends of the region are also for sale: the Mediterranean-style 9988 Wintercrest Drive, near Ashland, and 15630 Chesdin Landing Terrace in southern Chesterfield.

A restored home at 2023 Monument Ave. has come down in price to $2.39 million, and a new modern-design house at Byrd Park remains on the market at $1.94 million. Joe Morrissey’s former residence at 8700 Osborne Turnpike has had a price reduction to $1.79 million, while two $3 million listings – 7761 Riverside Drive, and 4634 Butte Road – have been taken off-market.

Notable listings with contracts pending as of mid-December include the 260-acre “Glen Roy” estate, listed in August at $10 million; Windemere at 5501 Cary Street Road, priced in March at $3.42 million; 204 Lockgreen Court, listed in April at just under $2.5 million; and 5900 Three Chopt Road, under contract after an October listing at $2.1 million.

Each year this list is published, it is truly a pleasure to see the purchase price of Richmond’s homes continue to escalate. However, this annual listing also holds another truth. Only three of the top ten sales prices are of residences that may be attributed to noteworthy architecture, though their location is just as relevant. And those were all built approximately a century ago. This annual result is fairly typical, and as architect provides clarity. I remain hopeful there will be a time when we celebrate the value of architecture in our dwellings, and not just the bottom line. Families… Read more »

The problem, of course, is what has happened to Architecture as a field in the last 50 odd years. It has skewed more towards being a field of philosophy rather than a field interested in making pretty houses. And people outside the academy have voted with their wallets

Wanting architects to be ‘making pretty houses’ undervalues a whole profession in their collective capabilities. Architects can create buildings that promote the wellbeing of occupants as well as being efficient, using less resources and looking pleasing. Unfortunately, people want marble worktops and vaulted ceilings over sustainability, wellbeing and progress in the built environment. Oh, and developers want profit over progress. It takes a little investment from the rest of the players to move things forward.