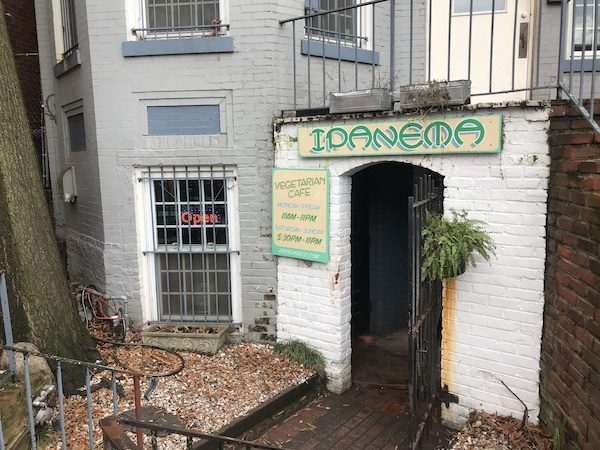 After 22 years, Ipanema Cafe is under new ownership near VCU. (Mike Platania)

A two-decade-old vegetarian cafe near VCU is under new ownership.

Kendra Feather opened Ipanema in 1998 in a space that was formerly Bidder’s Suite. Feather has since added to her portfolio Garnett’s Cafe, The Roosevelt and Laura Lee’s. She was a co-founder of WPA Bakery before selling her stake in 2016. She was not available for comment at press time.

Campbell, 24, said discussions on the sale began in May, shortly after he graduated with degrees in sociology and psychology. He said he’s worked at a distillery and as a bartender in the past, and he jumped at the opportunity after seeing Ipanema was for sale.

“I just felt like trying something new and doing something I felt completely capable of doing,” he said. “I feel like it really happened kind of fast.”

Campbell said the Ipanema name and vegan- and vegetarian-only concept will remain the same.

“The name and the concept will for sure be staying. I couldn’t imagine looking at something that’s done so well and been amazing for so many different people and changing that,” Campbell said. He added the staff of about 20 will be retained as well.

Ipanema also will remain in its current home. Campbell said there’s one year left on Ipanema’s lease for the 1,300-square-foot space and his name was transferred to it in the sale.

Absolute Art Tattoo had been in the building since 1993, but owner Jason Hobbie moved the tattoo shop to 821 W. Broad St. last year.

It’s Campbell’s first time as a business owner, but he said he’s excited at the idea of maintaining what’s become an institution in the local restaurant scene with the founder’s blessing.

“It gave me a lot of confidence that (Feather) felt 100 percent comfortable leaving me with the business, something she’s devoted 22 years of her life to,” Campbell said. “It’ll be a challenge but certainly a fun one.”