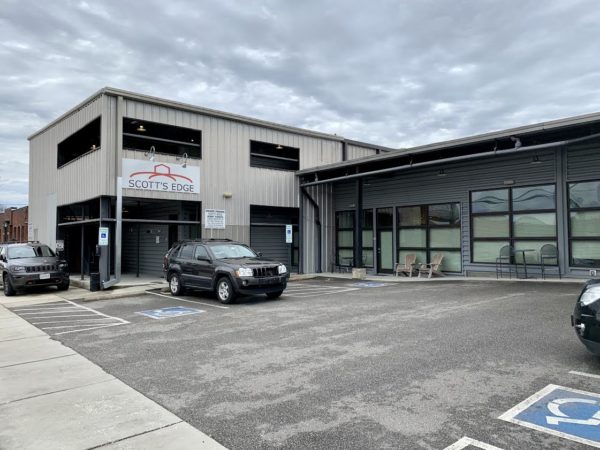 A Scott’s Addition property known as one of the neighborhood’s earliest adopters of historic tax credits and adaptive re-use has been sold to a Northern Virginia real estate firm.

Combined, the 94-unit apartment building and parking lot most recently were assessed by the city for nearly $11 million, according to city real estate records.

Bonaventure owns Rockwood Park, a 132-unit apartment community at 3310 Old Courthouse Road in Chesterfield, and Aspire at Carriage Hill, a 148-unit independent living community for ages 55 and up at 5020 Sulky Drive in Henrico.

The firm in June sold two properties it owned in Henrico: The 664-unit Acclaim at Carriage Hill community at 7000 Coachman Lane for about $80 million; and its 297-unit Carriage Club apartments at 7098 Fernwood St. for nearly $33 million.

Dwight Dunton III, Bonaventure CEO, said Friday the firm zeroed in on Scott’s Addition for reasons similar to other investors in the neighborhood: Healthy apartment occupancy rates, growing entertainment and restaurant options, and an increasing amount of new office space spilling into the former industrial stronghold.

“We’ve been looking for an entry into Scott’s Addition for quite some time,” Dunton said. “Scott’s Addition is a very dynamic market … and in acquiring Scott’s Edge, it gives us (a) long-term opportunity to position ourselves for growth in a market that’s seen a lot of change.”

Local developers Jerry Peters and Jim Edge first purchased and began redeveloping the three-building former warehousing complex in 2013 for $2.6 million, using a mix of private funding and historic tax credits to redevelop the structures into 79 one-bedroom and 15 two-bedroom apartments.

At the time of sale, Dunton said the building was 99 percent leased, with one-bedroom units fetching an average rent of about $1,200 a month and two bedrooms going for about $1,600 per month.

“The absorption rate of apartments in Scott’s Addition is very healthy,” Dunton said. “It’s what made such an investment important to us, and fits right into our investment strategy at Bonaventure.”

Dunton said Bonaventure also was drawn to the Scott’s Edge’s bounty of energy-efficient amenities, including solar panels, its HVAC systems and its on-demand hot water system.

“We plan on making Scott’s Edge a lab … to serve (as) a prototype for our communities and future developments,” Dunton said. “What they have managed to create at that property is very impressive and we want to keep all of that in place while finding other ways to enhance the property.”

Dunton said his firm is keeping an eye on growth in Scott’s Addition, with plans to reinvest in Scott’s Edge in the future.

As for the surface parking lot on Belleville Street, Dunton said there are no immediate plans to redevelop the site, although they are familiar with the increased investment interest along the western edge of the neighborhood.

Bonaventure’s investment marks the fourth transaction to occur on Belleville Street since August, as developers and entrepreneurs grow bullish on a new frontier in Scott’s Addition.

Snipes Properties is partnering with Spy Rock Real Estate to redevelop a 1.5-acre site at 1708 Belleville St. into the neighborhood’s first winery, a project that also will include a restaurant and park space for people and their pets. The group purchased the site Nov. 5 for $2 million.

Ironwood Automotive closed on the purchase of the former Cosby’s Automotive Service site at 1704 Belleville St. for $490,000 in August, according to city property records.

Dunton said Richmond is becoming an appealing market in the Mid-Atlantic because of its affordability and continued job growth.

And Bonaventure may not be done yet.

Without getting too specific, Dunton said Bonaventure is looking at deals all over the region, including some in popular city neighborhoods such as Manchester and Church Hill.

“We consider Richmond to be a New South city, more along the lines of places like Norfolk, Charlotte and Raleigh,” Dunton said. “It’s popular with millennials and baby boomers that are looking to downsize and move back to the cities. This is just the beginning for us in Richmond.”

Note: An earlier version of this story incorrectly described Bernie Stanley as one of the Scott’s Edge developers. Stanley installed the building’s solar panels and was not involved in the building’s purchase or development.