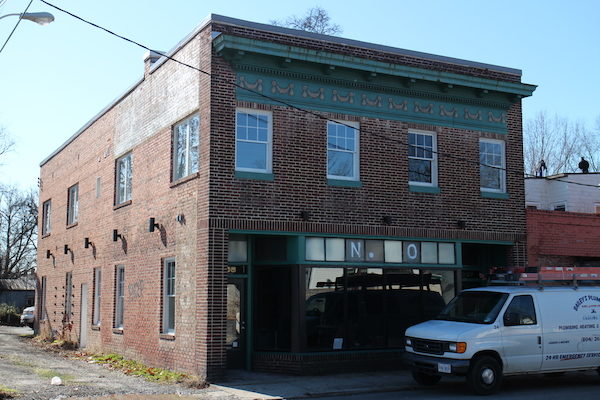 Brookland Park Market is aiming to open this spring in the Northside. (Mike Platania)

Another new retail tenant is headed for Brookland Park.

Brothers Sean and Pat Lynch own the store. Sean said they’re finalizing its concept, and it will have a combination of retail groceries, prepared meals and hot food.

“It’s a Union Market-type thing,” Lynch said, comparing it to the café and market in Union Hill that opened in 2014 at 2306 Jefferson Ave.

“We’ll have a bigger kitchen. We want to focus on prepared food and homemade foods,” Sean said.

The Lynch brothers are Northern Neck natives and have been in Richmond for the last decade or so, most recently both working at Can Can Brasserie in Carytown. They both live in the Brookland Park neighborhood.

Pat’s been to culinary school and will manage Brookland Park Market’s back of house. Sean will run the front.

Lynch said they’ll start with a smaller retail area and eventually build it out with groceries, beer and wine, and more. Breakfast and lunch will be served, with expanded offerings a possibility.

The Lynches are leasing the 2,200-square-foot space, which will have a seven-seat bar and seating for just under 20. It’ll have six parking spaces out back as well.

The building is owned by Brookland Partners LLC, an entity tied to Keith Whipple. The landlord is handling the buildout, Lynch said. Michael Pellis Architecture and Leslie Thornton Design are working the project.

They aim to open the market in April or May. It’s in a busy area that’s drawn plenty of interest from developers and new commercial tenants in recent years, a trend likely to continue into 2020.

Art gallery Richmond Art Garage and juice bar Ms. Bees Juice Bar are in the works for the neighborhood.

Local developer Cory Weiner, who has the largest portfolio along Brookland Park Boulevard, purchased the former Brookland Theatre late last year, but hasn’t determined plans for it. Weiner also owns a plot of land across from the future Brookland Park Market, which was slated to be a brewery. Plans fell through after he secured a special-use permit for the site.

The city and Dixon/Lee Development Group also are still working through a dispute over grant money for the potential redevelopment of the former American National Bank Building at 201 W. Brookland Park Blvd.