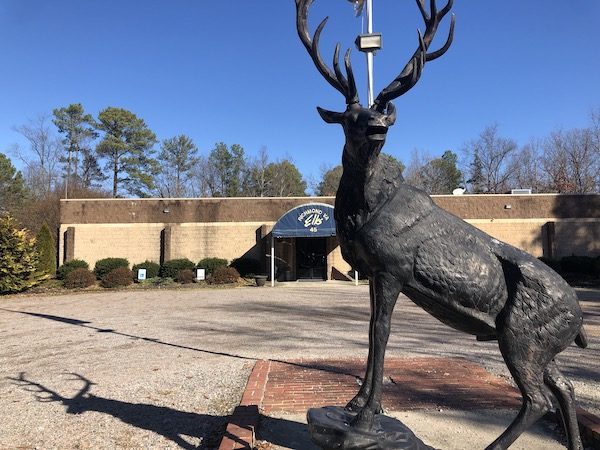 Highwoods Properties bought the Elks Lodge near the I-295 and Nuckols Road Interchange for $3.3 million. (Michael Schwartz)

One of the biggest landlords in Innsbrook has amassed more land in the area, this time snagging a block of acreage next to the site where the Innsbrook After Hours concert series is held.

Highwoods Properties last month bought the Benevolent & Protective Order of Elks Lodge No. 45 property at 10022 Elks Pass Lane in Henrico. It paid $3.3 million for the 9-acre assemblage, which adds to another 12 adjacent and largely undeveloped acres the company already owns.

Jane DuFrane, Highwoods’ vice president and local market lead, said the company still is mulling options for the Elks land and adjacent sites, including developing a “walkable community with a mix of uses.”

“The Elks Lodge property’s contiguous proximity to our other land holdings and existing office buildings made it a natural fit for our portfolio,” DuFrane said in an email.

The land, which is largely wooded and home to the Elks’ 6,000-square-foot lodge, is zoned A-1 Agricultural District. But DuFrane said they’ll look to rezone it to Urban Mixed Use, a designation that has begun to catch on in the suburban office park.

“Henrico County has adopted a UMU overlay district for the Innsbrook Corporate Center and we hope to rezone all or part of it to Urban Mixed Use to continue the trajectory of the park,” DuFrane said.

The Elks are a fraternal order whose roots trace back to the 1800s. Its local chapter, Elks Lodge 45, was the seller in the deal, and it’s unclear where the nonprofit will end up. Attempts to reach the Elks were unsuccessful.

The Elks property gives Highwoods control of about 20 developable acres at the intersection of Nuckols Road and Lake Brook Drive. Six of those acres are where the concert series is held. Highwoods and the Innsbrook Foundation said last year that the series eventually may be held elsewhere in Innsbrook as Highwoods ponders ideas to develop the land.

DuFrane said Highwoods will spend 2020 in the master planning process, with construction to begin in the years ahead.