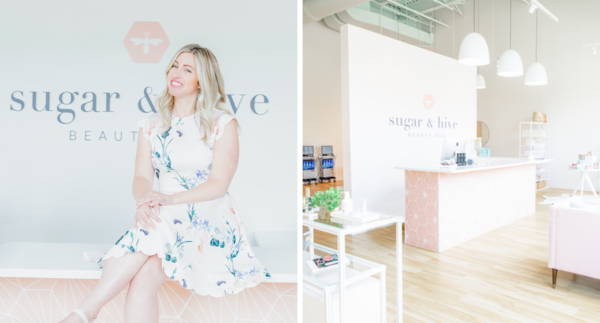 For its second area location, a locally based spa is set to pick up where a yoga studio left off in a West End storefront.

Sugar & Hive Beauty Bar is opening at 320 Libbie Ave. in the Libbie-Grove retail corridor. The space was most recently home to Om On Yoga.

The spa and retail beauty shop opened its first location in GreenGate in 2018. Owner Summer Layton said it was always her plan to have multiple locations.

“We filled the niche between a traditional spa and medical spa or doctor’s office,” Layton said. “I think that’s our advantage, that we allow clients a space where they can get medical-grade skin care and routine skin care in an environment that’s just different and more welcoming, and not medical,”

Once the Libbie location opens this spring, Layton said she’ll begin looking for a third location, but it’ll likely be outside the Richmond region, namely Charlotte, North Carolina or Hampton Roads.

The 2,200-square-foot Libbie location will be generally the same concept as the GreenGate spot, with some tweaks to the model that Layton’s keeping under wraps for the time being. 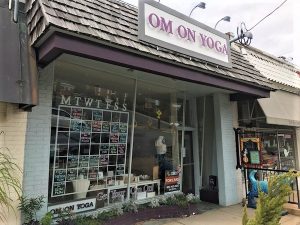 She said the space, which Om On Yoga had occupied for a decade before its recent closure, will be gutted and renovated, and that Cheryl Hummel Palmore of Hummel Associates is helping with its design.

“We’re definitely trying to change how the spa industry is received. So our goal is to try to find that perfect balance between privacy and openness,” Layton said. “What we have found is clients don’t want to be in a closed, dark room. They like the openness, the light, hearing other people around them.”
Layton said she hasn’t selected a general contractor for the buildout, and that she hopes to have it open in March or April.

Congrats, Summer. You are transforming the spa industry. Super proud of you.