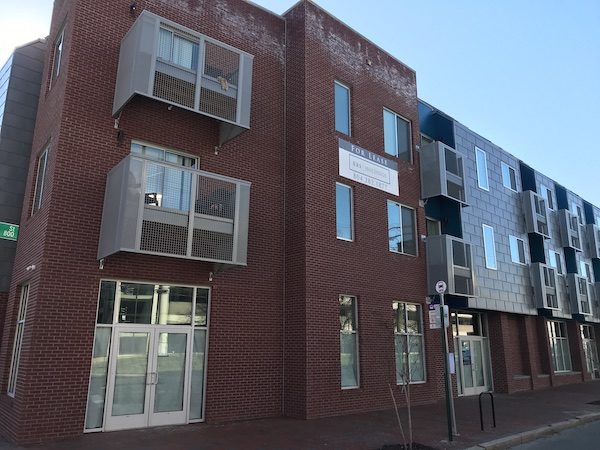 The pizzeria will open at the corner of West Cary and South Laurel streets, across from Mojo’s Philadeli. (Photos by Mike Platania)

A Northern Virginia-based pizza chain wants a piece of the pie in Richmond, starting with a slice near VCU.

Based in Chantilly, Paisano’s has 37 stores in the Northern Virginia, Maryland and D.C. market, plus an additional location in Orlando, Florida.

Founder Fouad Qreitem said the 805W location will be the first of nearly a dozen outposts the brand has in mind for Richmond.

“Once we fully developed Northern Virginia, Richmond was our next opportunity,” Qreitem said. “We do believe Richmond is an amazing market. We think it’s an 11-store market for us.”

Qreitem said Paisano’s is looking for additional spots in the city and in surrounding counties.

Paisano’s stores are a mix of corporate-owned and franchised, with the West Cary location being a corporate one, Qreitem said.

The restaurant offers pizza, calzones and stromboli, wings, salads, hot and cold subs, and pasta. Its New York-style cheese pizzas range from $9 to $14.

The 2,000-square-foot Cary Street pizzeria will offer dine-in, takeout and delivery. It’ll open with about 20 people on staff.

Construction is set to begin this month, and Qreitem said they’re aiming for a May opening. Divaris Real Estate’s Cheryle Toy, Read Goode and Chris Saa represented the tenant, and Colliers’ Peter Vick and Harrison Hall represented the landlord in lease negotiations. 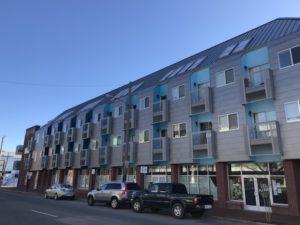 Paisano’s is joining Pita Pit and Sonic in the mixed-use development.

Paisano’s is the third restaurant and fourth tenant to sign on for 805W. Pita Pit and Sonic are both working on opening stores in the development along Cary Street as well. Village Market, a convenience store from the same operator who runs Tugwell’s Market in Cary Street Station and McDonough Market in Manchester, is also signed on for 805W.

About 2,200 square feet of commercial space remains available in the $18 million, four-story building.

Above the restaurants in 805W are 100 apartments. The mixed-use project is from a group comprised of J.D. Lewis Construction Management and local developer Larry Cluff.

Correction: Divaris Real Estate’s Cheryle Toy, Read Goode and Chris Saa represented Paisano’s in its lease negotiations, and Colliers’ Peter Vick and Harrison Hall represented the landlord. An earlier version of the story incorrectly assigned Divaris to the other side of the deal. Related details in the story have been revised accordingly.