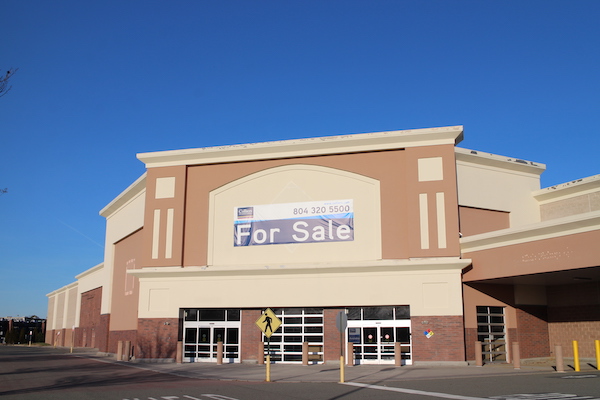 T-Mobile is planning to plant a call center in a former Sam’s Club in Eastern Henrico. (Mike Platania)

A vacant former Sam’s Club building in Eastern Henrico soon could be brought back to life as office space for a telecom giant that already has a sizable presence in the west end of the county.

Plans were filed with the county last week for a 131,000-square-foot call center for T-Mobile at 4571 S. Laburnum Ave., on the back side of the White Oak Village retail center.

The former Sam’s Club building has been vacant since the Walmart subsidiary closed in early 2018. The building and its 16-acre parcel is currently owned by an entity tied to Walmart.

It’s unclear how the planned call center would affect T-Mobile’s current regional headquarters and call center at 200 Westgate Parkway in Short Pump. T-Mobile did not respond to requests for comment. It’s also unclear how many employees will be based in the White Oak center.

The developer on the project is listed in plans as North Carolina-based Aston Properties, which has developed at least one call center for T-Mobile in the past. The duo converted a former K-mart big box into a call center in Charleston, South Carolina, according to news reports in 2017.

The building is zoned B-3 Business District.

The call center would potentially bring hundreds of daily workers to White Oak Village, which is anchored by Lowe’s, Publix and Target. The retail portion of White Oak was put up for sale last year for an undisclosed amount.

This is great news. I hate to see big empty boxes. I love it when they are repurposed and brought back to life.