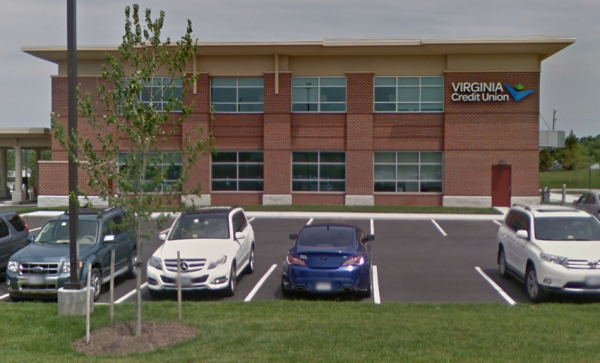 Editor’s Note: This story has been updated to include a statement from VACU received after the story was published.

The State Corporation Commission ruled last week that the legal and regulatory dispute over an attempted expansion by Virginia Credit Union should continue on to the next stage, during which more evidence will be presented from all involved.

The crux of the dispute, which began with a petition filed last year by the Virginia Bankers Association and several banks around the state, centers on VACU’s application to offer services to members of the Medical Society of Virginia.

Such an expansion would allow VACU, a $3.7 billion institution, to offer membership to MSV’s 10,000 members, mainly physicians, a profession that’s often a coveted customer segment for banks.

The banker group argues that VACU’s request goes too far beyond the statutory limit of membership expansion of 3,000 potential members at a time. It is the largest such request ever by a credit union in Virginia, due to the size of the group and its statewide reach.

VACU has said it submitted the application to SCC upon MSV’s request, just as it would with any other group. SCC approval does not automatically make the contingent of 10,000 from MSV members of the credit union. It would only mean VACU would have the ability to go out and attempt to win their business.

VACU first filed its MSV application with the State Corporation Commission’s Bureau of Financial Institutions in late 2018. The credit union then withdrew the application, then refiled in March, which is when the VBA began to mount its response.

BFI Commissioner Joe Face initially approved the application this summer, leading to the VBA group’s successful petition to put the matter on hold for further argument.

All sides, armed with attorneys, presented their initial arguments before an SCC hearing examiner this month, a hearing that focused mainly on whether the VBA had standing to even make the argument in the first place.

The SCC examiner, A. Ann Berkebile, ruled on Jan. 24 that the banks do have standing and that additional hearings are warranted to further flesh out how Face went about making his initial approval decision last year. It also will address why MSV can’t simply form its own credit union.

The parties will reconvene before the SCC on still-to-be-determined dates in May and June.

Bruce Whitehurst, CEO of the VBA, said in an email Wednesday that he looks forward to the next phase of the process.

“We are pleased that the recent ruling offers us the opportunity to continue our efforts to stop a field of membership expansion that we believe should not have been approved in the first place,” Whitehurst said.

VACU also expressed confidence in the direction of the case.

“VACU is pleased with the Hearing Officer’s ruling,” the credit union said in an emailed statement. “While we are confident that Commissioner Face arrived at the correct conclusion in allowing VACU to expand its field of membership to include the Medical Society of Virginia, we understand the hearing officer’s need to build a record for the full commission. It is clear to us that the hearing officer has approached this proceeding seriously and has taken care to prevent the VBA from using this proceeding as a tool to chill a legitimate application to expand a credit union’s field of membership.”

The episode has cast a fresh light on a long-running dispute between banks and credit unions that began in the 1990s, when federal law was changed to allow credit unions, which are not-for-profit and exempt from paying certain taxes, to more easily expand their fields of membership. Bankers have since argued too many of their nonprofit counterparts are becoming too large and “bank-like,” without having to pay the same level of taxes.

VACU is the largest such credit union based in the Richmond region. Virginia is home to several other multibillion-dollar credit unions, such as Navy Federal, PenFed FCU and Langley FCU.