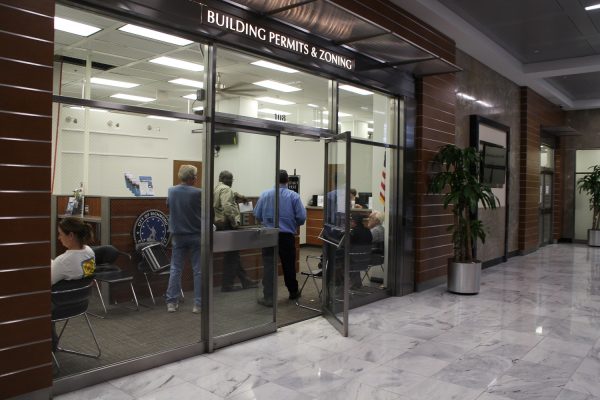 The city’s long-beleaguered permits and inspections office is putting the finishing touches on the so-called 48-hour Limited Third-Party Inspection Policy, which would allow applicants to hire private inspectors or firms to conduct inspections and plan reviews if city staff is unable to do so within two working days of a request being made.

Building Commissioner Jason Carangelo, who is developing the policy, said the option is more ideal for larger projects valued above $1 million.

The policy would not apply to final fire-alarm, sprinkler and building inspections, and it would not waive the requirement for general inspections by city building officials.

Carangelo, who was brought on last year to oversee the office, rolled out the inspections part of the policy last week and said he is aiming for the plan-review part to take effect Feb. 19. He distributed a memo explaining the policy to interested parties last Thursday, and Mayor Levar Stoney formally announced the program in his annual State of the City address Tuesday. 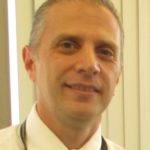 Carangelo said the policy would help with turnaround times when his office is backlogged or short-staffed, as has been the case in recent weeks with its usual five electrical inspectors down to three, due to an illness and a retirement.

The office through the years has at times been plagued with complaints about unexpectedly long waits for certain inspections and permit approvals, prolonging project schedules and adding to development costs. Most recently, complaints shared with BizSense have ranged from electrical inspections being backed up for weeks, to permitting delays endangering eight figures’ worth of financing.

While Carangelo said building inspections have generally kept pace with demand, he said the policy would help in areas the office has struggled with of late, electrical inspections and plan-review turnaround in particular. 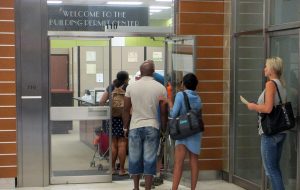 The old permitting center in 2017, where lines out the door were a common sight. (BizSense file photo)

“Given the problems we’ve been having doing timely plan reviews, it would be a good option to have as like a pressure-release valve for large projects,” Carangelo said.

“When the city staff can just not get to these reviews in a time that is acceptable, especially for larger projects with the time schedules and the costs involved with those projects, we thought this is a tool that other jurisdictions have. And then, coupled with Navy Hill potentially coming online, we do need that tool to also be available for that.”

Navy Hill, the $1.5 billion proposal to redevelop the Richmond Coliseum and city-owned land beside it, is nearing the home stretch of a years-long process that could see a deciding vote from City Council next month. Critics of the project have questioned whether the office could handle it given its past and present challenges.

While the plan-review portion is a new policy, he said third-party inspections always have been allowable according to state building code.

“Third-party inspections have always been on the books,” he said. “It wasn’t used very much, but it also wasn’t advertised very much either. I’m not sure why that is.

“I’m dusting that off and reshaping it to how I want to see it now. The third-party plan review, that’s new,” he said.

Carangelo said the policy doesn’t require a new ordinance or council approval. He said the city would need to pre-qualify third-party firms, which would be required to notify the office prior to performing an inspection. Depending on the scope or complexity of the project, the city could require inspectors to show certain state certifications and registrations, or employment by an approved inspection firm.

Danna Markland, CEO of the Home Building Association of Richmond, described the policy as encouraging. She and others have been meeting with Carangelo about the policy and the challenges it aims to address as recently as last week

“That’s not intended to be the end of the discussion. That is basically a stopgap,” Markland said of the policy.

“You had so many issues, particularly at the end of 2019, with their electrical permit not part of the inspections, and they’ve been understaffed,” she said, citing retirements and vacations. “Those combined with losing folks to other jurisdictions has just been a nightmare for our guys.

“Jason’s trying to work with us in solving this, and he seems really open to it. Hopefully it’s one step in that right direction.”

The policy follows other changes made in recent years that have been aimed at improving operations in the office. Those included, in late 2017, adjusted office hours in accordance with peak demand times, renovations to the office, validated parking and emailed permits to reduce wait times.

The moves appeared to have an effect, as about three months later, the office reported that customer volume had risen and staff vacancies were down, with nearly twice as many visitors over two days in February 2018 than its previous average.

According to the city, construction investment in Richmond has doubled in the past three years to approximately $1 billion in 2019.

I’m going to go out on a limb here and suggest a wild idea…..why doesn’t the City just hire additional qualified staff?

There is no excuse for this level of short sightedness and lack of execution other than just pure failure for the administration to do their jobs. They should all be fired.

I have seen a small daycare handle staffing issues with greater urgency than the city’s group of hired family members.

Great. I’ve hired an engineer to do footing inspections before, to avoid the city mess. This isn’t the end of what needs to be done, the office is still a total mess and I’ve been trying to get a basic electrical permit for 9 months (the system canceled it before issuing it for reasons no one understands, and no one can fix).

But it’s a start.

Cause 3rd party/self inspection when the regulator is a incompetent entity with no follow up won’t lead to any issues….aka Boeing.

What other said it will help but is not an end all.

PS to Charles I wonder if the 6 months of “inactivity” on a permit caused the computer void it.

What has always amazed me, is that as a developer you spend thousand of dollars on licensed arch/engineering etc.. pay a permit fee to have them reviewed by someone that may or may not have the background or degree. Once you receive the building permit, it states the city/county has no liability/responsibility for the correctness of said plans??? So, why did I have to give them to you in the first place? Happy to pay a fee for a permit but since all the liability falls on me, just give me the permit and I will hirer 3rd party licensed… Read more »

Correct BK,. Then the developer/builder has a choice of DOZENS of companies that can provide that service, instead of ONE “company” (the locality) to depend on to provide the necessary inspections in a timely manner.

The situation is pathetic, if you did a follow up to the piece 4 or 5 months ago you would find that it’s even worse than it was then. Just empty platitudes and soundbites. It now takes 8 weeks to have a permit looked at, for the first time, then god knows how long once the revisions are made. 2 weeks just to get an electrical permit, and if they don’t pass you for some mundane issue then your stuck waiting another 2 weeks. There is over 2000 employee’s in the city, city hall is full of people drawing paychecks,… Read more »

I wonder how much volume there is in Richmond vs. Henrico.
Why keep trying to reinvent the wheel? Just copy their system.
Separating residential and commercial permits into two separate offices would probably be a good start. When Bill needs to add a deck to his house you shouldn’t make people who are trying to get a mult million dollar investment off the ground wait in line behind him for 40 minutes, as he and a city employee discuss structural support for a hot tub.

The volume is approximately equal and theres half the staff.
By the way, the taxpayer pays nothing to this system. Fees generate $9.5 Million per year and rising, but the City provides only $3.5Million for staffing. This, despite state law prohibiting the city from using the department as a funding source for other services.
The backlog costs the city about $1.5Million per month in lost tax revenue.

At one time, late 1990s. City had Volume I and Volume II inspectors for new vs. rehab, residential vs. commercial/industrial permits, a trades permit division and even an elevator/escalator division. And then we had the code enforcement group. I think we had 25-30 total inspectors not counting supervisors and support staff. Any idea how many positions there are now?