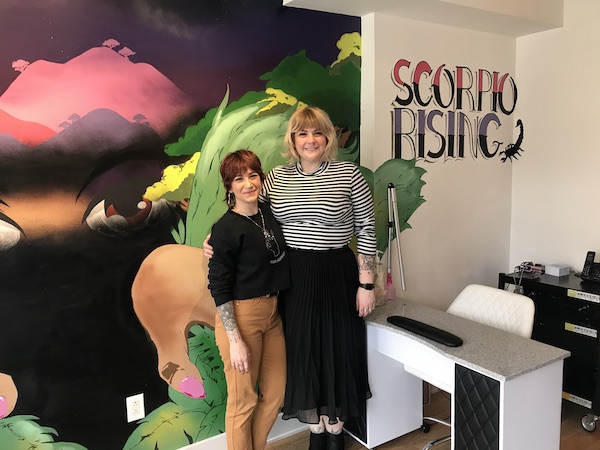 After a spur-of-the-moment real estate deal, a Church Hill salon storefront has swapped hair for nails.

The salon’s beginnings trace back to spring 2018, when Carly Moenich, who owns the nearby Luminary Hair Co., brought in Audra Dye, formerly a nail technician at Bombshell Brazilian Waxing & Beauty Lounge in Carytown, to offer nail services at Luminary.

“I had so many clients saying, ‘You should have nails in here (Luminary),’” Moenich said. “We have a large space but we really packed it in.” 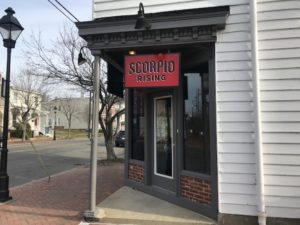 The nail salon opened last month at the corner of North 25th and East Clay streets.

Dye and Moenich got word last spring that Seven Hill Studio, another local salon, was leaving the space on North 25th and moving to 2306 E. Leigh St.

They inquired about the property but heard nothing back initially. One night last summer, while Moenich was on vacation, she heard from the landlord (William Jones III, per city property records). He offered them the space but needed an answer quickly.

“I had given up on it. I called Audra from Hawaii and was like, ‘Hey I need you to make a decision like, right now,’” Moenich said, laughing. 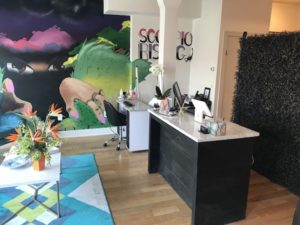 The space was formerly home to Seven Hills Studios, which moved within the neighborhood.

They signed the lease and began some light renovations to turn the roughly 1,200-square-foot space from a hair salon to a nail salon.

Dye said Scorpio Rising is a full-service salon offering both manicures and pedicures, but that its main focus is on nail art.

“We’re not a high-volume salon turning people in and out,” Dye said. “I want our techs to have a connection with people here. I want it to be a respite for people from the (bad) day that they’ve had. That’s really important to me.”

Scorpio Rising has a staff of four with room for one more nail tech, Moenich said.