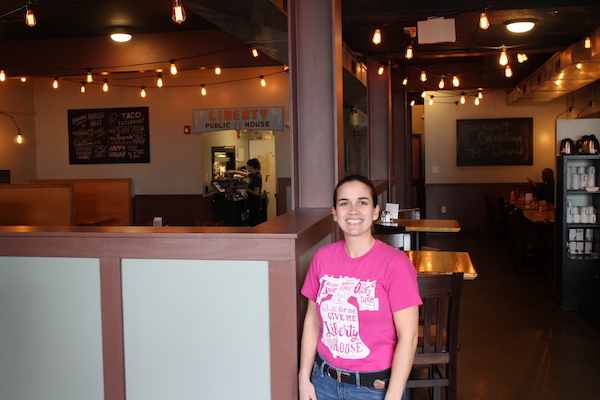 A 4-year-old restaurant in Church Hill is under new ownership.

Liberty Public House at 418 N. 25th St. was sold in November by its founders – a group that also owns The Mill on MacArthur in Bellevue and Mojo’s Philadeli near VCU.

The buyer was Alexa Schuett, a Richmond native and industry veteran who formerly worked at Rock Bottom Restaurant & Brewery in Short Pump Town Center. Terms were not disclosed.

The 3,500-square-foot restaurant is on the bottom floor of the former East End Theater that was renovated by local developer Josh Bilder in 2014. Liberty Public House opened in 2016. 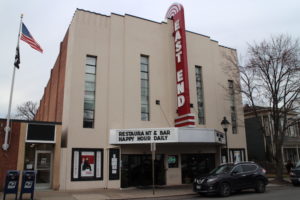 The Church Hill restaurant’s name will be retained, along with its staff.

After graduating from VCU in 2014, she and her now-wife moved to Seattle.

“Like most millennials, I had no life plan,” Schuett said. “I didn’t want to continue on in school. So my now-wife and I decided we wanted to take a trip across the country. We picked the furthest point on the map from us.”

While working for a restaurant group out west, Schuett moved up from a bartender to a general manager to a regional manager, and enjoyed working on the restaurants that focused on brunch and breakfast.

“I kind of discovered there’s this culture of breakfast, it’s just a whole different crowd than people who go out at night, and it was a crowd I kind of loved,” she said.

“You get a lot of people in scrubs that early in the morning. Like (the morning) is the ending of their yesterday. From there, it ended up that I stopped looking for a ‘real job’ because I’d found a ‘real job’ in restauranting.”

Last year, the couple decided to move back east where their families are and for Schuett to take her next step in the industry.

“I was in a place where I was ready to stop running other people’s restaurants and wanted to know what it would be like to own my own,” she said.

Schuett said she was looking for a specific type of restaurant: one that’s in a renovated historic building, whose menu has new American food and offered brunch.

She got connected with Liberty Public House’s owners Amy Foxworthy, Chip Zimmerman and Josh Carlton through Nathan Hughes with Sperity Real Estate Ventures, and talks began last summer. Schuett said it was her impression that the old owners had their hands full with Mojo’s and The Mill.

Schuett said the entire staff was retained following the sale, and that she’s most likely to keep the name, perhaps only changing it to something like Liberty Restaurant and Bar.

The changes she did make include moving up opening hours to 7 a.m. daily and revamping nearly the entire menu while keeping some old favorites.

“I didn’t change the vegetarian gravy or the vegan sweet potato chili but I did add a lot to the brunch menu,” Schuett said. “We do brunch all day, every day. You can have a California benedict for dinner or a burger for breakfast if you want.”

She also started a happy hour that caters to medical workers and other early risers.