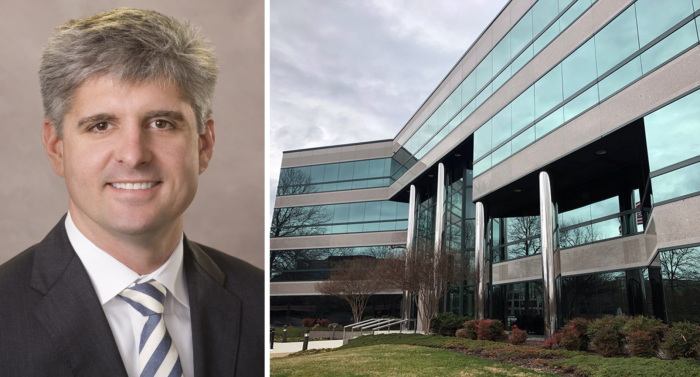 Andrew said the deal comes at a time when competition for agency acquisitions is fierce.

“It’s been ultracompetitive from an acquisition standpoint over the last two to three years and it doesn’t appear to be letting up,” Andrew said. “There is a ton of private equity that’s really driving up valuations.”

While terms of the A&R deal were not disclosed, Andrew said the level of competition also is driving up the prices agencies can fetch.

“I don’t know how the valuations we’re seeing are going to sustain themselves long term,” Andrew said. “But if you think you’re going to retire in the next five years, this is your prime opportunity.”

Based at 4551 Cox Road in Innsbrook, the Andrew Agency has made room for itself in the crowded field by sticking to its niche of buying smaller agencies, sometimes one-person shops. Its targets are typically property and casualty insurance agencies in Virginia, Maryland and Washington, D.C., with annual revenue of $250,000 to $1 million.

The nine deals to date have brought the Andrew Agency to 10 employees total and just under $2.5 million in annual revenue.

He said the growth via acquisition hasn’t been quite as fast as planned, mainly because of industry activity. He said larger insurance brokerages, which typically would go after larger agencies, have started taking bites out of the smaller fish that Andrew usually goes after.

“A lot of my targets that I call on, five years ago they would have never received a call from a bank or Hilb or Marsh and now they are. It’s supply and demand.”

It’s all fueled largely by an aging trend, as owners of independent agencies are ready to retire and looking for an exit. It’s the same trend that motivates some of the larger players, such as locally based Hilb Group, which is one of the giants of the insurance brokerage world and backed by private equity.

“The scary fact is that the average age of an insurance broker is 64, so we’re starting to really see a wave and eventually we’ll see a mass exodus of agents who want to retire,” he said. “And they’re also seeing and hearing what they can get for their agency today.”

Unlike firms such as the Hilb Group, agents who sell their agency to Andrew don’t take a stake in the parent company.

Andrew said he finances his deals mostly through a credit line with InsurBanc, a specialty lender in Connecticut that works specifically with insurance agencies.

The heat of the market extends beyond just the agencies that Andrew calls on. He said he, too, is getting offers regularly from firms that want to buy Andrew Agency.

Not yet ready to sell, Andrew said he’s trying to be more patient and selective in courting acquisition targets, given the flood of competition and rising prices.

“I’m meeting with more agents than ever before, but in 2019 I turned away more deals than ever before,” he said. “I may be wrong, but I just don’t think it’s going to last, certainly not at the valuations we’re seeing today.”