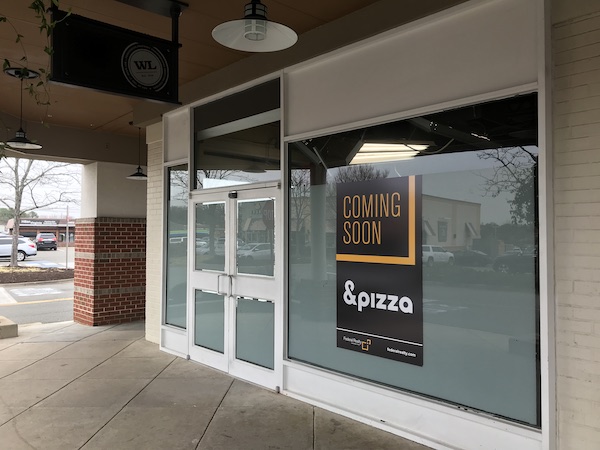 &pizza is opening in a space formerly occupied by Dairy Queen in Willow Lawn. (Mike Platania)

A D.C.-based pizza joint is grabbing a second slice of the Richmond market.

Known for its oblong, skateboard-shaped pizzas, &pizza was founded in 2012 and has 35 stores throughout the Mid-Atlantic and Northeast, with the majority in its hometown of Washington, D.C.

“We’re expanding markets this year, and have been for the last year,” said &pizza spokeswoman Charae Carter Jenkins. “We’re venturing into Richmond and looking to get into New Jersey.”

It’s aiming to open both the VCU and Willow Lawn locations in the late spring, Carter Jenkins said. She said each &pizza location has about 25 people on staff. 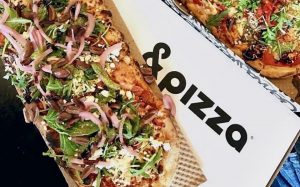 Its pizzas start around $10 and are available for takeout, sit down or delivery. It offers only pizza, but Carter Jenkins said they’re testing out other items, such as garlic knots, in New York.

Across the street from Willow Lawn, Freshii, a Canadian chain offering salads, burritos, bowls and wraps, closed its location in Willow Lawn Plaza in recent weeks after a little under three years there. Freshii still operates a location in VCU’s student commons.

And as &pizza prepares to open its VCU location on North Laurel Street, another D.C.-area-based pizza chain is setting up shop nearby. Paisano’s Pizza is preparing to open in the 805W building at 805 W. Cary St.

Freshii closed it s 1700 Willow Lawn Drive location. It was at Willow Lawn Plaza not the main center like the other retailers listed as coming and going. Looking forward to trying &pizza!

I checked their website, no salads. I still miss Pie Five.