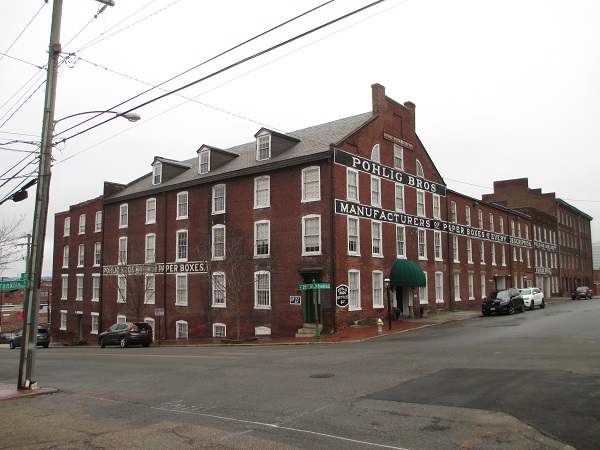 One of the earlier apartment rehabs among Shockoe Bottom’s many converted tobacco warehouses is in the hands of a California company after a pair of deals totaling $15.9 million.

The sellers were father and son Ed and Christian Shield, who were represented by Newmark Knight Frank. Agents Carter Wood and Wink Ewing worked the deal locally. 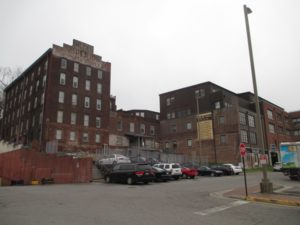 The latest city assessment valued the buildings at $9.7 million and $3.21 million, respectively.

The purchase is the first in Richmond for RealtyMogul, whose portfolio includes one other Virginia holding: the 212-unit Hamptons Apartments in Virginia Beach, which it acquired in November.

The company said in a release it is planning a round of renovations to include updating some of the Pohlig units with new lighting and appliances. The Superior units are to be enhanced with granite countertops, stainless steel appliances, new flooring, resurfaced cabinets, new fixtures and upgraded lighting.

A new leasing office also is planned, along with refreshed common areas, upgrades to the fitness center and converting an interior courtyard to an “outdoor living” area. Pohlig’s retail spaces, which include a salon and dry cleaners, will be reconfigured as well.

Maryland-based Ross Cos., which has a Richmond office nearby in the Haxall View building in the Bottom, will provide property management and leasing, previously handled in-house. Ross also handles management for RealtyMogul’s Virginia Beach property, which was likewise purchased through Newmark Knight Frank. 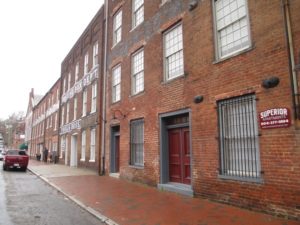 The Superior Warehouse building along Franklin Street, with the Pohlig building beside it. Both were built in the 1950s and were originally tobacco warehouses.

Wood, also one of the agents on that deal, said RealtyMogul was drawn to the Pohlig-Superior property due to “the uniqueness of the building as it relates to the competing properties, as well as the historic nature of the site.”

The release includes comments from RealtyMogul managing director Michael Schoellhammer, who said the firm has been focusing its lens on Richmond and other markets in Virginia. Of the Pohlig-Superior buildings, Schoellhammer is quoted as saying, “the adaptive reuse of these properties was beautifully executed, and the properties are gorgeous with great interior layouts.”

The buildings were renovated by Henry Shield and George Stanley of Stanley Shield LLC, a predecessor of Henrico-based development firm Stanley Shield Partnership. City property records show LLCs tied to Christian Shield purchased the Pohlig building in 2001 for $1.28 million and the Superior building in 2007 for $2.67 million.

Filling the bulk of two parcels totaling 1.2 acres, the four- and five-story buildings total 67,000 square feet, according to city records. 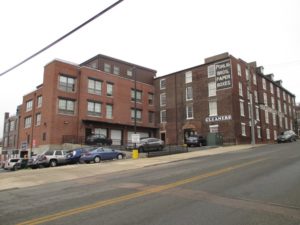 The complex as viewed from the southeast on 25th Street.

The rest of the city block is owned by The Wilton Cos., which bought the property that includes the Farm Fresh store and adjacent CVS pharmacy in 2013 for $6.64 million. Later that year, it picked up the retail and residential complex that includes a Subway and 23rd & Main Kitchen & Taproom. Wood said Wilton did not show interest in the listing or make an offer.

“We saw a lot of interest for this property due to the strategic location in Shockoe Bottom, directly adjacent to Farm Fresh,” Wood said in an email. “The location, coupled with the opportunity to improve interior and exterior amenities, was ultimately why we were able to secure a first-time entry to the Richmond market all the way from California.”

The buildings consist of primarily one- and two-bedroom apartments, with three studio units and one three-bedroom unit. Units average about 900 square feet in size, with some units as large as 2,600 square feet. Most include exposed brick and original hardwood flooring, with no two floor plans alike. The property also includes a parking garage and laundry facilities.

Monthly rents currently average about $1,200, according to a listing flier.

The sale follows other investment activity in the Bottom’s apartments scene.

A block west along Franklin Street, Sensei Development and The Monument Cos. rehabbed the building at 2201 E. Franklin St. – a four-story structure that previously housed garage-door company Garbers of Richmond – into a 59-unit apartment complex in 2017.

“We saw a lot of interest for this property due to the strategic location in Shockoe Bottom, directly adjacent to Farm Fresh,” Wood said in an email. “The location, coupled with the opportunity to improve interior and exterior amenities, was ultimately why we were able to secure a first-time entry to the Richmond market all the way from California.”

Man, I thought the business community would no longer be interested in Richmond…because Navy Hill.