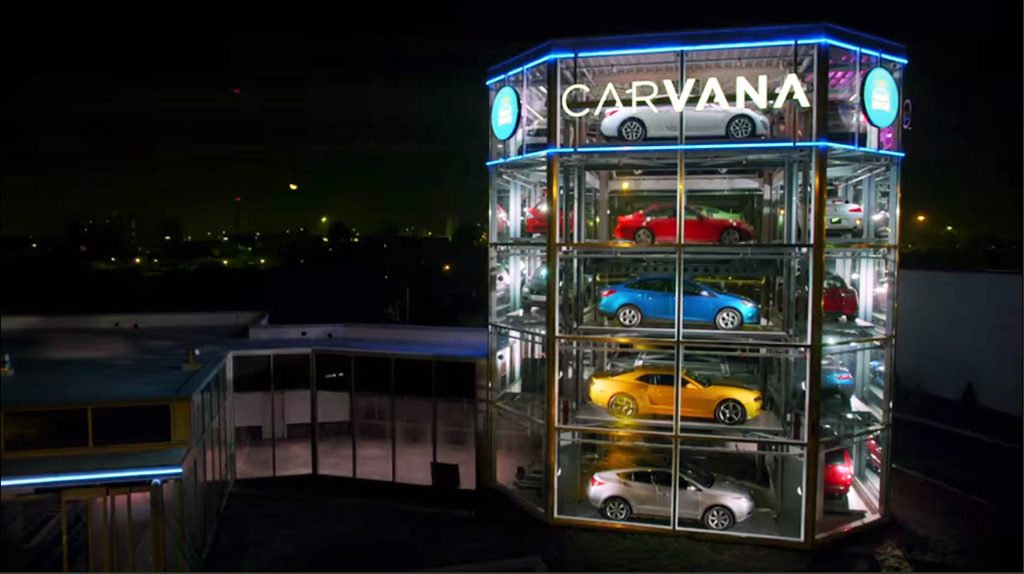 A seven-figure purchase has secured the site where a national used-car retailer wants to erect one of its signature “car vending machine” towers in Richmond.

Divaris Real Estate reported the sale last week. The transaction was not reflected on online property records as of Friday.

Divaris agents Read Goode and Cheryle Toy handled the transaction. Carvana was not named in the announcement, which referred only to “an undisclosed buyer.” 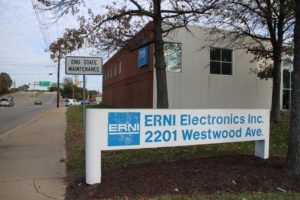 The seller was the realty arm of ERNI Electronics, which has used the 17,000-square-foot building on the site as its U.S. sales headquarters since 2008, when it purchased the property for $1.19 million. The company is moving its HQ to Chesterfield County.

The latest city assessment valued the property at $1.5 million.

The transaction sets the stage for what would be Carvana’s first physical storefront in the market, with visibility along Interstate 195 across from Topgolf. Customers who buy vehicles through Carvana’s online platform can opt to retrieve their purchases at one of its car vending machines, or have them delivered to their home or workplace.

The company filed a land disturbance permit with the city last fall that specified a 12-tier “Carvana Vehicle Vending Machine” and office space for the site. The permit also mentioned demolition of the existing building, which was built in 1982 and once housed the Virginia Blood Bank.

Carvana has since filed a water-sewer plan for the site that the city approved in January. An application for a demolition permit to raze the building was filed with the city last week and is pending review. S.B. Cox would handle the demo.

Carvana did not respond to a request for comment about the project. 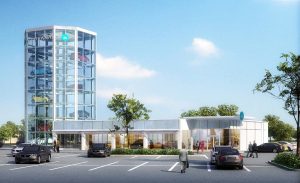 A rendering of the previously proposed site in Short Pump. (BizSense file photo)

The moves come three years after the company proposed a similar facility on land along Interstate 64 near Short Pump, within a mile of Richmond-based competitor CarMax’s original location. It withdrew the proposed “auto fulfillment center” after failing to find agreement with neighboring property owners, who had a say in the land’s use.

The Westwood project also coincides with the company receiving approval from Chesterfield County for a $40 million, 200,000-square-foot vehicle inspection and processing center in Chester. County supervisors approved that project in October, the day after Carvana’s Westwood application was filed with the city.

Carvana is under contract to purchase the Chester site, which spans 183 acres at 13504-15100 Woods Edge Road, along the east side of Interstate 95 north of Ruffin Mill Road. Online property records showed it had not closed on the sale as of Friday. A recent county assessment valued the properties collectively at $3.12 million.

I’m trying to understand the rationale behind these vending machines. Are they simply a way to advertise Carvana’s presence? It seems like a lot of expense and effort to go through for nothing more than a place to pick up your car. They offer home delivery as well; seems like it would be cheaper to deliver all the cars that way.

advertising at a guess.

made us all comment on it.
That’s a very visible place to put a landmark.

It’s a gimmick. They put them near interstates a lot so it’s like a high-dollar billboard.

It’s advertising and gives them a sort of legitimacy for their otherwise online-only presence. I bet you it would look pretty cool too and almost futuristic at night with the neon lights and such