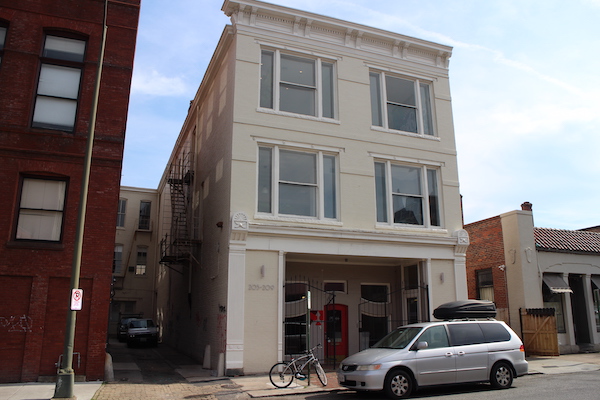 A buyer from Raleigh, N.C. bought the building near Broad Street for $1.1 million. (Photos by Mike Platania)

Another Monroe Ward architecture firm has unloaded its building while remaining in the neighborhood.

An LLC tied to PSH+, an architecture and interior design firm formerly known as Price Simpson Harvey, was the seller. It bought the building in 2016 for $600,000.

Matthew Simpson, a partner at PSH+, which is housed in the building, said the chance for a return on their investment factored into the decision to sell.

“We were trying to get it so that the firm was separated from the real estate. It’s less distraction to the architectural firm (now that the building’s sold),” Simpson said.

The building most recently was assessed at $622,000, according to city property records. Gregg Investments LLC’s registered agent, Eric Gregg, could not be reached for comment. 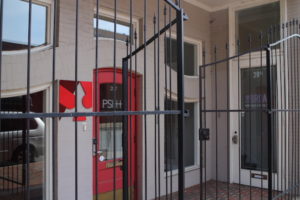 The building’s tenants are coworking space The Broad and architecture firm PSH+.

Located beside an alley behind the Chez Foushee restaurant on Grace Street, the 9,300-square-foot building also houses coworking space The Broad, which opened in 2018. Owner Ali Greenberg said she doesn’t anticipate the sale would affect her operations.

Simpson said PSH+ will continue to operate out of its space for the next few years as well.

The sale makes PSH+ the latest group of architects in the Arts District to sell their building in recent years. In 2018, the owners of Cornerstone Architects sold their building at 23 W. Broad St. to local developers SNP Properties for $3.4 million.