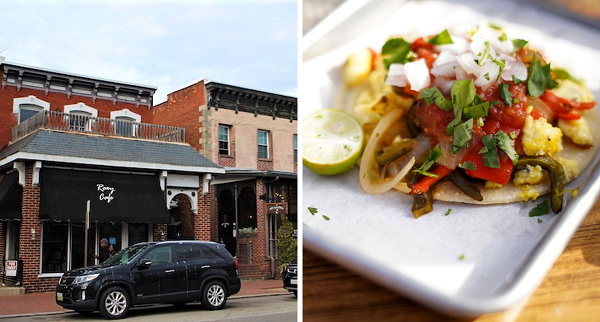 Roxy Cafe closed at the end of February and The Pit and The Peel is moving down the block, paving the way for En Su Boca. (Photos by Mike Platania; taco photo courtesy En Su Boca)

A Scott’s Addition-area taqueria is expanding to the Fan for a second location that’s been years in the making.

The owners of En Su Boca are preparing to open a similar concept at 1102-4 W. Main St. The two spaces previously were occupied by Roxy Café, and The Pit and The Peel.

Roxy Café, which occupied 1104 W. Main, closed at the end of February after about 12 years in business. The Pit and The Peel, which was in the 1102 space, is moving a block west, converting a former printing building into a new Fan location.

Their interest in the Roxy space dates back to 2017. Stamper said they had a deal to take over the lease that summer and planned to turn the space into “En Su Boquita,” but that deal fell through.

Stamper said the new concept still will reference the En Su Boca name, but said the exact name is to be determined.

“‘En Su Boquita’ doesn’t really make sense anymore since that would be the smaller En Su Boca,” Stamper said. “It’s not going to be so small anymore since it’ll be both of those buildings.”

The two spaces are being combined into one and will feature accordion doors opening out toward Main Street. Stamper said he’s unsure what the total size of the restaurant will be, though city property records indicate the combined spaces would total roughly 3,900 square feet.

Stamper said they’ll also have outdoor seating in a previously unused courtyard behind the Roxy space.

“I think by the end of March we’ll certainly have both buildings working hard to whip them into shape and make sense as one cohesive restaurant,” Stamper said.

510 Architects is designing the space, which Stamper said they hope to open by late summer. 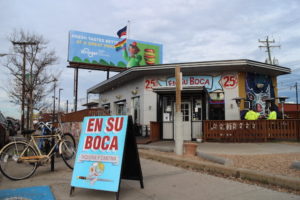 The original En Su Boca will remain open, and manager Logan Thrall will become a minority business partner with Stamper and O’Dell.

The Main Street buildings are owned by the Lo Presti family, which also owns a handful of restaurants around the region, including Mary Angela’s, Maldini’s Ristorante Italiano and Arianna’s Italian Grill.

After the 2017 lease deal fell through, Stamper said they held on to their En Su Boquita LLC for a few years in the hopes that the deal would rematerialize, but ultimately let the entity expire last year. He said they nonetheless remained confident they’d get the space; it was just a matter of when.

“We sort of sat back and waited our turn. We’d spoken to the Lo Prestis in great detail and we knew we would be the first to get the phone call (when it became available),” Stamper said.

In Union Hill, another new taqueria is on deck. Kahlos Taqueria & Bar is preparing to open this spring at 718 N. 23rd St.