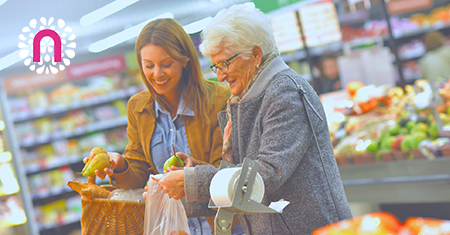 “Nabors” provide on-demand assistance to aging folks with non-medical tasks such as errands, transportation, help around the home and social engagement. (Courtesy Naborforce)

Naborforce, a platform that connects seniors with helpers who provide companionship while assisting with errands and transportation, recently extended its services into Charlottesville and is looking to expand to Raleigh within a couple months.

Richmond native Paige Wilson founded Naborforce in 2018. Wilson, who formerly worked in investment banking, hatched the idea in part from her own experience as a caregiver for her mother.

Wilson said she found a gap in the elderly care industry between full independence and sustained medical support that was difficult for a working mother like herself to fill. 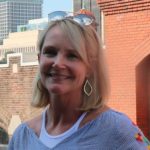 “It was that gap between when she could do everything herself and when she started to need help, that’s the kind of stuff that falls on family,” Wilson said. “At the time, I just kept thinking, ‘God, if I just had one more “me” to help me, it would take so much pressure off.’”

After Wilson’s mother died, the lack of light caregiving options still nagged her, she said. Wilson revisited that service gap after she learned a friend had taken to ride-sharing app Uber as a way to interact with other people.

Enter Naborforce, in which companions, called “nabors,” provide company and assistance to aging people desiring both.

About a year after launching, the company closed out an investment round last October that yielded $565,000. Much of that money was thrown into enhancing its technology with a proprietary online platform that offers a client portal, an app for nabors, and backend logistics and management. Clients, or their children, can set up appointments through the portal, and the app allows nabors – contractors paid an hourly wage – to set schedules.

The new system went live in November, and with it, Naborforce has the infrastructure in place to scale up operations and expand. The company hit Charlottesville in October and plans to serve the Raleigh community within two months, said Wilson, adding that the markets were selected for favorable demographics.

The company has about 200 contractors who accompany a similar number of clients for afternoon card games, trips to the grocery store and shopping excursions. The company has logged 3,000 visits, which range from one to four hours. Nabors tend to be college-educated empty-nesters and retirees, Wilson said.

Nabors must pass background checks and go through an application process before they can visit clients. Hourly rates are $25 on weekdays, and $30 on weekends and evenings. Monthly plans also are offered.

In addition to the new software platform and markets, Naborforce has grown its full-time staff to four employees and moved out of Startup Virginia’s Shockoe Bottom space and into an office at 2308 W. Main St. in August.